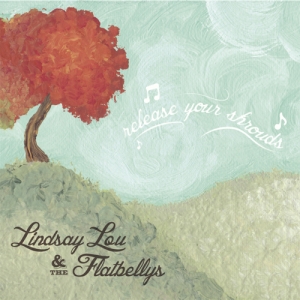 “Young “rootsgrass” band Lindsay Lou & The Flatbellys has jumped into the forefront of today’s progressive roots music movement. Distinct vocals, tight harmonies, instrumental expertise, and creative arrangements are all essential characteristics of their unique sound. Instrumentally, they can turn on a dime, their arrangements showing a well-developed taste in music – based on bluegrass traditions but frequently dipping into swing jazz and popular song craft – and their sound is deftly guided by the clarion vocals of lead singer Lindsay Lou.”

Check out the band on Facebook and Twitter. They stop in town tomorrow at Club Cafe for the early show, touring behind their second album, “Release Your Shrouds“, with support from Austin to Pittsburgh transplant Jenny Morgan. I want to thank Lindsay Rachel Petroff (Guitar/Vocals/Clawhammer Banjo) for taking the time to participate in this edition of First/Last.

Thanks, Lindsay Lou. Hope you have a little time to discover our fair city.