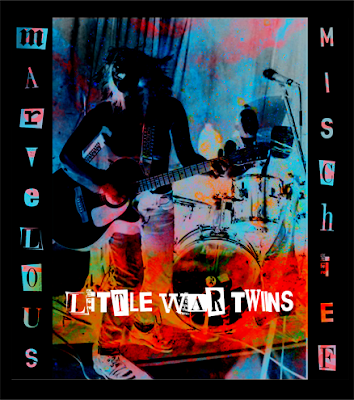 “We are Little War Twins, Boston’s Folk Renegade Mystics, and we have come forth through the storm to awaken the thunder and lightning in you. We bear this truth to you: You are strength. You are electric. You are whole. Together Little War Twins stands as a tribe, threading together a tapestry of sounds that is as unique as the instrument we sheath.”

Check out the band at their official Website, Facebook, Twitter, ReverbNation, BandCamp and Pinterest. The band headlines Howlers tonight with support from locals Antimony and The Ne’er-Do-Well. I want to thank Gaetana Brown (Vocals/Acoustic Guitar) and Patrick McConnell (drums) for taking a few minutes to participate in this edition of First/Last.

Thanks a lot you two. Sounds like a real solid bill tonight! Hope you can see a bit of our city while you’re here.