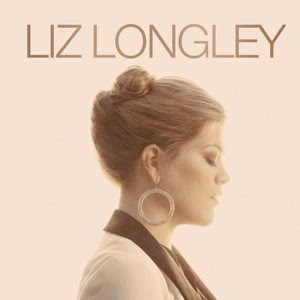 “In the short time since her graduation from Boston’s renowned Berklee College of Music, singer-songwriter Liz Longley has assembled an impressive resume. While best known for her stop-you-in-your-tracks voice, Liz has steadily developed a reputation as an accomplished songwriter, crafting intimately personal portraits through her music.
In the past two years, Liz has taken home top prizes at some of the most prestigious songwriting competitions in the country, including the BMI John Lennon Songwriting Scholarship Competition, the International Acoustic Music Awards and the Rocky Mountain Folk Fest Songwriting Competition. New England named her the 2011 Female Performer of the Year, the Washington Post declared that Liz is “destined for a larger audience” and Dig Boston called her “a rising acoustic sensation.” Even John Mayer is a fan, calling her music “gorgeous, simply gorgeous.”

Check out Liz at her official Website, Facebook and Twitter. She is touring behind her latest single, ‘This Is Not The End‘, from her forthcoming album and stops in Pittsburgh tomorrow co-headlining a show with Seth Glier and support from Carla Bianca. I want to thank thank Liz for taking a few minutes to participate in this edition of First/Last.

The first album I can remember buying is totally random, in hindsight. Remember Chumbawumba? Yeah…

I don’t really think of albums that way…I either love it and play it endlessly or I don’t listen to it at all.

The first big concert I can remember going to was Avril Lavigne!

Cayamo Cruise…a music festival on a boat. I saw so many incredible concerts: Brandi Carlile, Shawn Colvin, Lyle Lovett and many more.

Grace Potter & The Nocturnals at The Ryman in Nashville, TN. I’ve never seen someone sing and perform with such passion. She’s the real deal! Doesn’t hurt that The Ryman is one of the best places to see live music.

I’ve seen countless shows since I started touring…some inspire me and some not as much. But we all have our off nights and there is always something to learn from those shows.

When I was sixteen, I visited Pittsburgh for the first time to write a few songs with local singer/songwriter,Bill Deasy. I had a great time there but unfortunately have not been back since! I’m originally from the Eastern PA so I’m looking forward to touring through my home state and enjoying Pittsburgh again in April.

Thanks, Liz. I have always wanted to do a cool music cruise. Just haven’t found the ‘perfect’ line-up as of yet.