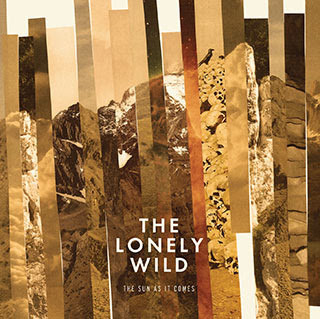 The Lonely Wild The Smiling Moose Tuesday, May 14, 2013 Southside

“Rarely does a young band emerge with a combination of skills, talents and vision fully developed. Outfits in which each member shares a singular artistic vision and the ability to see it through is a trait mostly found in heritage artists who’ve spent decades performing together. Not the case for the LA-based quintet The Lonely Wild, whose writing and arranging talents are only surpassed by their ability to work seamlessly as one, dynamic voice. Formed in 2010, The Lonely Wild is the brainchild of Andrew Carroll, a native of Sonoma, CA who moved to Los Angeles to study writing, music and film. Years later he unknowingly began to incorporate his love for film into the music he was creating for The Lonely Wild. “I knew I wanted a big sound. I was looking to expand my music to a much larger scope than anything I had done before,” Carroll states. “But the cinematic feel really comes from a subconscious influence, rather than a conscious effort to specifically incorporate these themes.”

Check out the band’s official Website, Facebook, MySpace and Twitter. They are touring behind their debut full-length, “The Sun As It Comes“, and hit Pittsburgh tomorrow night at the Moose headlining a bill with Yellow Red Sparks and Arlo Aldo. My thanks to songwriter Andrew Carroll for taking the time to participate in this edition of First/Last.

I had a modest collection of cassettes growing up. I think the first one I actually bought myself was Michael Jackson’s, “Bad”.

Nick Cave and the Bad Seeds, “Push the Sky Away”.

I have trouble picking favorites. But, Neutral Milk Hotel’s, “In the Aeroplane Over the Sea” is pretty much a perfect album in my opinion.

Growing up I was really into bands like Nirvana, Pearl Jam, Soundgarden, Smashing Pumpkins, etc. Basically 90’s radio rock. When I heard that members from Pearl Jam and Soundgarden were teaming up to record an album as the “supergroup” Temple of the Dog, I thought it was going to be the coolest thing ever. It turned out to be a dud. I liked the one song they played on the radio.

My parents took me to lots of concerts as a kid, so I’m not totally sure if this was my first, but The Grateful Dead at the Oakland Coliseum was my first rock ‘n’ roll concert of memory. It was also the first time I smelled pot, and saw hairy-legged women.

Last Friday I saw my friends, The Hectors, celebrate their record release show at The Satellite, in Los Angeles.

The Flaming Lips two nights in a row at The Hollywood Forever Cemetery in 2011 is my favorite concert of recent memory. The first night they played “The Soft Bulletin”, one of my all-time favorite albums, in its entirety, followed by “Dark Side of the Moon”, another of my favorites, the next night. They also played at the gates of the cemetery, at crack of dawn, the second morning, but I sadly had to miss that part.

I really liked Interpol’s first record, so when they came to The Henry Fonda Theater, in L.A., back in 2002 or 2003, I was excited to see them. They’re one of the few bands I’ve come across that sound better recorded than live in concert. Except for the bass player, the band was void of any sort of stage presence whatsoever. It was utterly boring.

I’ve never been to Pittsburgh, but I’m really looking forward to playing The Smiling Moose, on May 14th.

Thanks, Andrew. Temple of the Dog. Seriously, when are ‘supergroups’ that super?