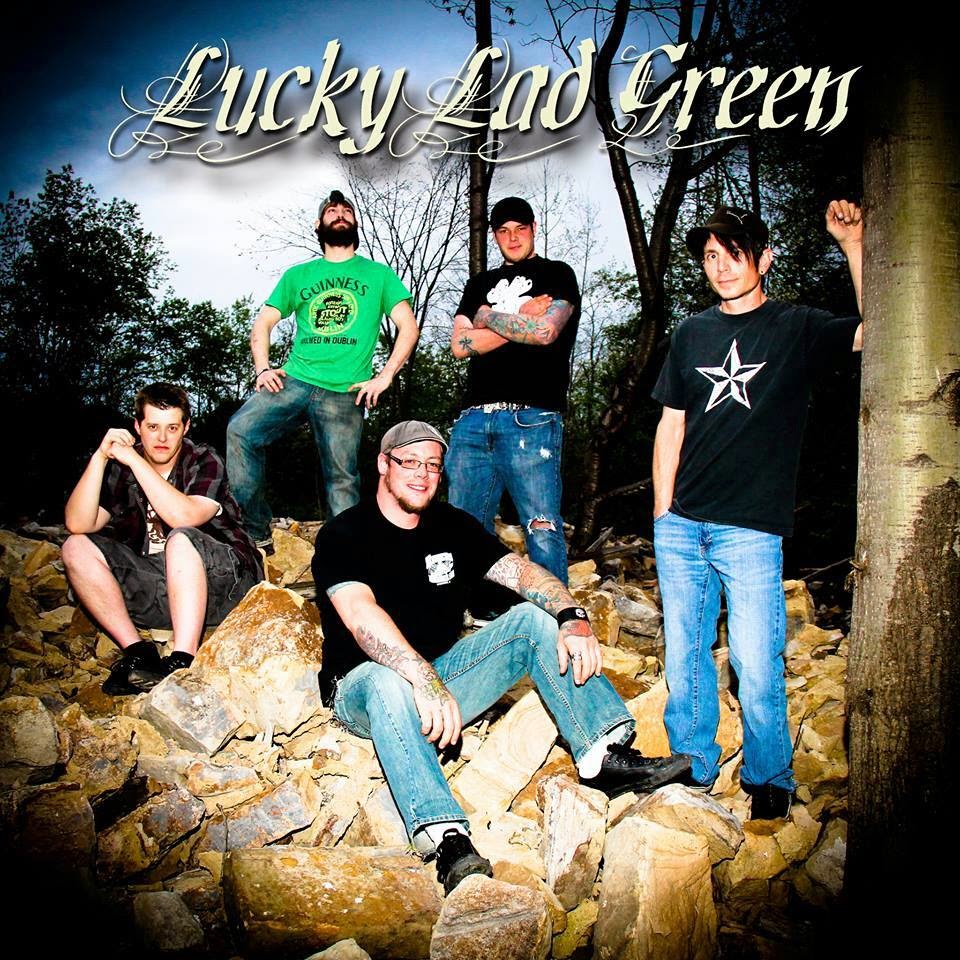 “Hailing from a small suburban town just east of Pittsburgh, Lucky Lad Green started as a fresh start for five musicians wanting to bring something exciting to the local music scene. With influences ranging from Dropkick Murphys and Flogging Molly to Lamb of God, Pantera, Sublime and the Descendants, the fivesome combines loads of musical talent into a high intensity live show that appeals to a vast array of audiences. LLG has solidified a loyal local following after the release of their self titled EP and now aim to bring their brand of Celtic punk to a new level by rocking out wherever there may be a few amps and a drum kit set up.”

Lucky Lad Green is an ‘Irish folk punk-rock’ band from Windber, PA. They have a few shows coming up in April and I want to thank Ryan McDonald (Multi-Instrumentalist) and Stephen Boyle (Guitar) for taking the time to participating in this edition of First/Last.

Ryan McDonald: My sister bought me MXPX’s “Slowly Going the Way of the Buffalo”.

Stephen Boyle: My dad and I bought Tom Petty & the Heartbreakers “Echo”.

Steve: As I Lay Dying “An Ocean Between Us”.

Steve: Lamb of God “Ashes of the Wake”.

Steve: Let The River Swell, He Hate Me, Handicap Parking Lot was the last show I went to.

Ryan: My buddy runs In The Blood Tattoo so I usually stop in and get some work done.

Steve: Anytime I get to be in Pittsburgh’s a lot of fun. Post-Gazette Pavilion, The Smiling Moose.

Thanks, guys. Windber, PA? That’s like to Altoona what Carnegie is to Pittsburgh I am assuming?