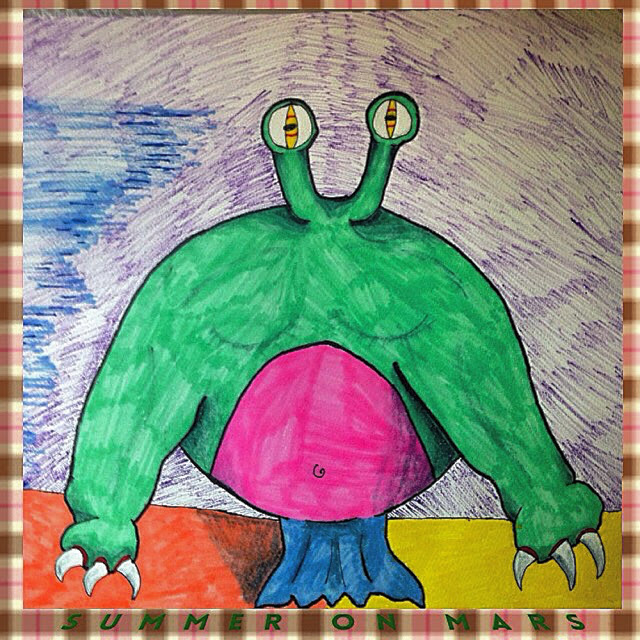 Luke McGowan is a prolific Pittsburgh based singer-songwriter who’s latest effort “Summer on Mars” was recently released. There is a lot to appreciate with this album as I am the kind of guy who you immediately have with tags like fuzz, anti-folk and psychedelia. I want to thank Luke for taking the time to participate in this edition of First/Last.

“Chelsea Girl” by Nico. It’s one of the most beautiful albums I’ve ever heard. Nico’s voice can sadden and soothe me at the same time.

Either “In the Aeroplane Over the Sea” by Neutral Milk Hotel or “The Monitor” by Titus Andronicus. I really like the whole concept album… concept. Both bands really know how to layer instruments and noises well.

I had super high expectations for The Front Bottoms “Talon of the Hawk” LP, especially after their self-titled, but I really only got into one or two songs off of it.

Bruce Springsteen and the E Street Band on their ‘Magic’ tour. I went with my dad. It was great.

I haven’t been to a concert where I was just spectating in a while, but when the Mountain Goats came to Pittsburgh in April, I was there. I was in a really bad car accident weeks before and that show was the first time I was allowed to leave the house. That combined with John Darnielle reading my mind and playing every song I wanted to hear made it an amazing show.

Either Neutral Milk Hotel with Elf Power in May at the Carnegie Music Hall in Oakland or Titus Andronicus with Roger Harvey and the Wildlife and Baked at Cattivo in Lawrenceville. A super cool thing about the NMH show was when Elf Power dedicated a cover of ‘Jumping Fences’ by The Olivia Tremor Control to the late Bill Doss.

I felt really weird when I saw Titus Andronicus open up for Lucero. All of the Lucero fans stood still and drank cheap beer through Titus Andronicus and all I wanted to do was dance. The only times I have a bad time at a concert is when everyone wants to stand still.

I really like the community. It’s the only city that I’ve been to where you can say hello to a stranger on the street. I grew up and Shaler and then made the huge move across the river to Lawrenceville. I like the sense of community. Everyone has a relative or something in Shaler that has moved to Bloomfield or Lawrenceville to get away from the suburbs. Everyone in Lawrenceville knows someone who went to settle down in Shaler. As far as the music scene goes, it is awesome and super welcoming.

Thanks, Luke. Really love the new album, man. I can hear a lot of varying influences in it and this is a perfect companion to any of the Elephant 6 releases.