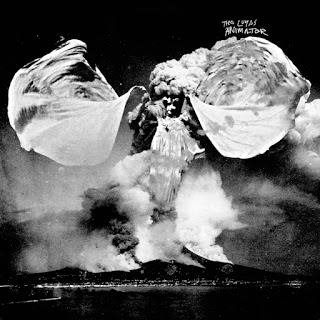 “The Luyas went into the studio on a February morning with the plan of getting some drum sounds to start writing songs for a new album. As the mics were going up, the band received a phone call. There had been a sudden death. The incomprehensible event left the band in an existential daze. The mics put themselves up that morning. The resulting LP, Animator, opens with “Montuno,” a 9-minute account of a hallucination about the repetition of days, the split seconds that define us, and the strangeness of the certainty of death. There’s something almost supernatural to the feel of the record. “Animator is supposed to be some weird resuscitation. The animator’s job is to create the semblance of movement in things that cannot move themselves. The musician’s is to make us feel like something is happening with a sound” explains singer and multi-instrumentalist Jessie Stein.”

The Luyas‘ second album, “Animator” comes out tomorrow on Dead Oceans. You can preview it here. My thanks to Jessie Stein for participating in this edition of First/Last.

Thanks, Jessie. Hope to see you in Pittsburgh soon.