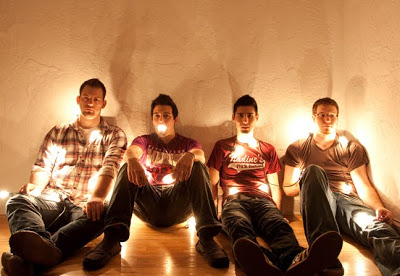 Mace Ballard seem to be THE up and coming rock band from Pittsburgh. They are winning all kinds of accolades and were voted the winners of the Post-Gazette’s ‘Pittsburgh Rocks‘ contest and City Paper’s “Best Pop/Rock Band that isn’t The Clarks” reader’s poll. You can download their album for free here and the guys were nice enough to participate in this overstuffed edition of First/Last Friday.