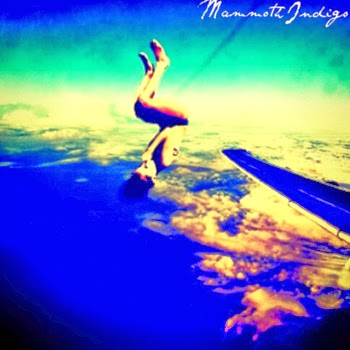 “This brand new, up and coming, alternative indie rock band is embarking on their second US tour promoting their independently released, debut album. This group has secured meetings with representatives from Columbia Records and has met with journalist from Pitchfork Media. “Rapture,” their debut single, has garnered both national and international acclaim being featured and reviewed on music blogs across the world. The track, “No Mothers,” was selected as one of the best releases from Virginia in 2013 by WNRN. The band has impressed audiences with their energetic and heart-breakingly, and unavoidably visceral live performances. With their double drumming, three-part harmonies, and infectiously deep lyrics; this heavy-hitting, four-piece project will move you. Hard to believe this band is only 6 months old.”

Check out the band at their official Website, Facebook, Twitter, Tumblr, YouTube, ReverbNation, SoundCloud and BandCamp. The band hit Pittsburgh this Wednesday at Garfield Artworks touring in support of their debut self-titled full-length release. I want to thank Eric Singer (Drums) for taking the time to participate in this edition of First/Last.

The first CD I ever purchased was “Tubthumper” by Chumbawumba… I was 10. It might have very well also have been the ‘Space Jam’ soundtrack… I’ve recently gotten into collecting vinyls, and the first (and one of my all-time favorites) vinyl I bought was Paul McCartney’s “Band on the Run.”

“Trouble Will Find Me” by The National.. .album of the year if you ask me.

“Third Eye Blind” by Third Eye Blind… even though that whole album is about sex and drugs, I loved it as a kid. Hearing it now as an adult, I understand more of the deeper, emotional lines and relate to them completely differently. It spoke to me as a kid, and it still does as an adult.

The newest Kings of Leon album, “Mechanical Bull.” I wanted them to get back to their roots… but I get it… I guess I get it… I think I get it.

My mom took me to see REO Speedwagon one time. It was either that or Al Green.

I’ve been going to concerts alone lately, and it’s a whole new experience. I saw Dr. Dog at The National in Richmond, VA by myself, and it was phenomenal.

Saw Local Natives at the 9:30 Club in DC… and MuteMath there too… both shows blew my mind. I saw Wilco a couple times at Wolf Trap in Vienna, VA. That was an excellent, excellent show. I got some really good tickets to a Radiohead show at the Verizon Center in Washington DC thanks to a friend of mine. I was so close, and that light show was insanity. It’s too hard to choose just one, really… each one was my favorite in a different way, and each concert I go to is a completely different experience.

I saw Bob Dylan when I was in college. Didn’t really know what to expect going in, ended up leaving disappointed. I gave him another chance when he came through VA Beach with My Morning Jacket and Wilco (who I both absolutely love, too)… let down by ol’ Bobby D. again.

I’ve had family outside of Pittsburgh (Butler) my whole life, so I’ve spent some time in the area, I’ve never been in the city though. Applied to Pitt for college even! I’m very excited to play at Garfield Artworks on the 12th of Feb and scope out the music scene!!

Thanks, Eric. Give Uncle Bob one more chance then you can apply the ‘three strikes you’re out’ rule. Unfortunately, I feel his live heyday has come and gone.