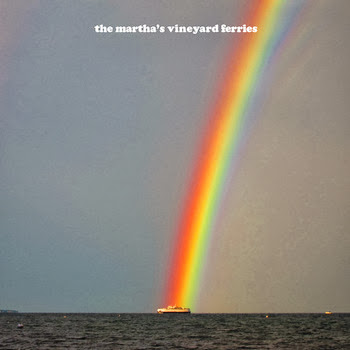 “The Martha’s Vineyard Ferries is a rock band which began as a kind of gag between friends. “Elisha and I were just hanging around talking about having a band and we were coming up with ridiculous names,” Weston said. “At first, I don’t think we really thought it would happen. But after awhile we were like, ‘Hey, should we really do this?’ Who would be the drummer?’ and Elisha immediately said, ‘Brokaw’.”

Check out the band on Facebook and Tumblr. Featuring members of Kahoots, Mission of Burma and Codiene, the trio released it’s debut full-length, “Mass. Grave” just yesterday via Kiam Records. I want to thank Bob Weston (Bass/Vocals), Elisha Weisner (Guitar/Vocals) and Chris Brokaw (Drums/Vocals) for taking the time to participate in this edition of First/Last.