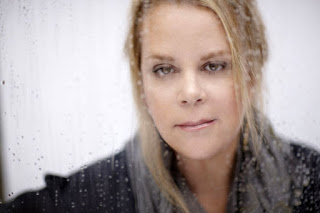 “From great pain comes great beauty. Acclaimed singer-songwriter Mary Chapin Carpenter has been through enormous diffic lties in recent years. But the anguish of her experiences has resulted in a stunningly beautiful collection of songs. The troubadour’s new Ashes and Roses album ranks as her most powerful in years, perhaps even her strongest ever. “Ashes and Roses is the most acoustic record I think I’ve ever made,” Carpenter observes. “The arrangements evolved around my playing and singing. The gentlemen [at the Nashville recording sessions] were right on it, I’d play them the song, and then we all just assumed our positions and played. It was very organic.”

Mary Chapin brings her tour to Pittsburgh tonight at the Carnegie Music Hall with special guest Tift Merritt opening. My thanks to Mary Chapin for taking the time to participate in this edition of First/Last.

Thanks, Mary Chapin. Yeah, playing with Springsteen would be something to remember for sure.