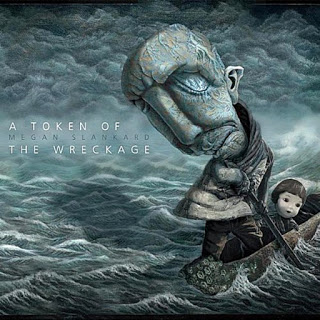 “Though only in her 20’s, singer-songwriter Megan Slankard has independently sold nearly 30,000 copies of four independently released CDs. Megan’s newest release, A Token Of The Wreckage (Spring 2011), is “an edgy alt-rock release that is a breath of fresh air” (Maverick Magazine), “gleaming, grooving, and gritty” (Minor 7th), with “thoughtful construction and clever wordplay” (Performer Magazine). The CD, which was recorded with help from David Bryson (Counting Crows) and Jerry Becker (Train), held a spot in the 10-best selling albums on CD Baby for weeks.”

Megan hails from San Fransisco where she enjoys a growing and devoted following. She frequently tours the East Coast and expect to see her here sometime in the new year. My thanks to her for taking the time to participate in this edition of First/Last.

Thanks, Megan. Sorry I missed your recent house show here in Harmony, PA. Next time for sure!