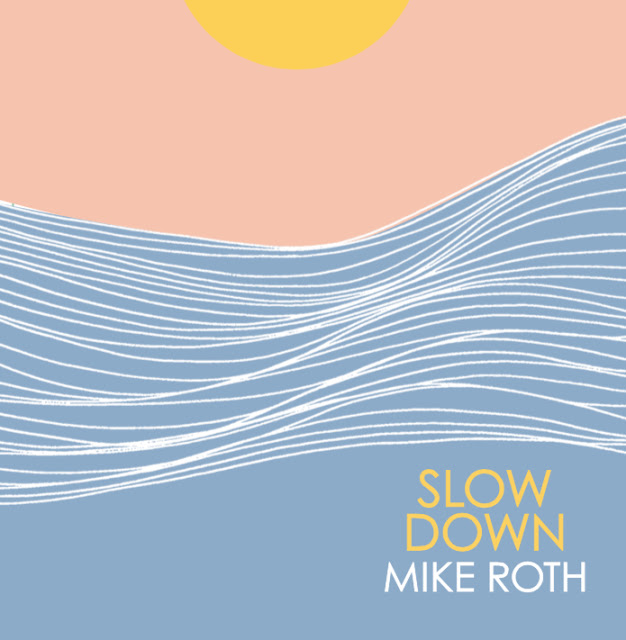 Mike is in the Chicago based rock band Cobalt & the Hired Guns. He plays bass, guitar, sings, and writes songs. Mike has toured extensively throughout the United States. This has included shows opening for some great bands such as State Radio, Dashboard Confessional, Josh Ritter, The Avett Brothers and Bela Fleck.”

Mike Roth is a Pittsburgh musician who is releasing his debut solo album this Friday (11/13) on the Southside in a joint release show with blog fave Rachel B. Much thanks to Mike for taking the time to participate in this edition of First/Last.

This is a fun question to answer and requires some detective Wikipedia work. I grew up with my parents playing vinyl records of everything form the amazing jazz pianist Oscar Peterson to the Turtles, and my Dad occasionally played “The Entertainer” on an old upright piano that the former owners of the house left behind. I think my first album may have been New Kids on the Block Hangin’ Tough. There are a few early records I remember going to buy over at NRM on Forbes. The first album buying experience I can remember was when NRM had its 2 CDS for $20 sale, however, much to my and my Dad’s disappointment, Weezer’s Blue Album wasn’t part of it, but luckily he bought it for me anyway. Before that though there were so many trips to buy cassette tapes including Weird Al Yankovic’s Off the Deep End, Aerosmith’s Get a Grip, Green Day’s Dookie, Soundgarden’s Superunknown.

The most recent album I bought was 1000 copies of my first solo EP, Slow Down :). But albums other than my own – Chris Cornell’s Higher Truth

It’s a fantastic album. A slightly different direction for him and I absolutely love it.

The most meaningful record for me has to be State Radio’s Us Against the Crown. It provided some much needed joy after some very difficult times. Chad Stokes, the singer of State Radio and of Dispatch, is a very inspiring human. He is genuine, sings from the heart, and has donated three nights of sold out ticket money from Madison Square Garden to charities in Africa. I love his music and what he stands for.

This is tricky. I try to be pretty positive and not judge people for their art… but since you asked :). I saw Josh Ritter’s ex-wife, Daw Landes, open for him. I bought her album Fireproof, and it was a major let down.

The first concert I went to on my own was the B94 Summer Stretch Concert featuring Sugar Ray, Smash Mouth, Christina Aguilera, and I want to say Destiny’s Child? I’m not sure, may have been Edwin McCain too? Either way it was really fun!

I just saw Norah Jones play at Carnegie Music Hall over on Forbes Ave. It was amazing. She’s an artist that I feel could be successful at any point in history. She’s amazing!

When I was living in Chicago I was looking at tickets to see Paul McCartney, however, it was sold out and the only seats left were nosebleed level for $300 each. I was disappointed but my former bandmate from Cobalt & the Hired Guns offered me a job setting up some sort of VIP tent that night anyway, so I figured it wasn’t meant to be. I told him I could take the gig. Then with a grin on his face he told me, by the way, it’s at Wrigley Field. I was to set up a VIP tent for Paul McCartney’s show at Wrigley Field! Turns out they had two extra tickets about 15 rows back near the center. It was so special to hear the songs of the Beatles being sung by their original writer, Paul McCartney. It gave me chills! The only other time I felt likep this was when I saw the Western Wall in the old city of Jerusalem for the first time. My favorite concerts to play have to be a tie between opening for State Radio, The Clarks, and Dashboard Confessional.

The first time I saw Fiona Apple it was absolutely amazing. It was at a sold out Chicago Theater and her first tour in many years. I went to see her again at the Cadillac Theater in Chicago. She was co-headlining with the guitarist from her band. They did a number of songs together and many of his songs. I felt that he kind of pushed her out of the spotlight and I was really disappointed. They didn’t play many of Fiona’s originals which was disappointing.

I love this city. I grew up here, but was gone for 12 years from 2002-2014. During that time I was living in Oberlin, Ohio, Chicago, IL, Durham, NC, and Tel Aviv. Most of that time was in Chicago playing with my band, Cobalt and the Hired Guns, but also ended up getting two master’s degree in the process as well and teaching elementary school for two years too. I moved back in 2014 to Pittsburgh to start at PhD at Carnegie Mellon University’s Department of Engineering and Public Policy. I am focusing on Nuclear Power, environmental, and energy policy and also pursuing a solo career in music. I am super excited to release my first record.

I have to add that moving back had its ups and downs but after a year I feel like it is my home again. I really love my family and family friends and have found a nice niche playing lead guitar for Rachel B when I’m not at CMU. One of my favorite Pittsburgh moments had to be open for The Clarks when they came to Chicago :). Too many things to name about the burgh’ but Frick Park is amazing, I’ve seen over 30 Buzz Poets concerts, love the Steelers, Pirates, Penguins. I do feel that time away has given me perspective on how amazing Pittsburgh is. It is full of friendly and genuine people. I’m also improving my Pittsburgheeze.

Thanks, Mike. Should be a fun time on Friday. Cool McCartney story. I love when things like that work out.