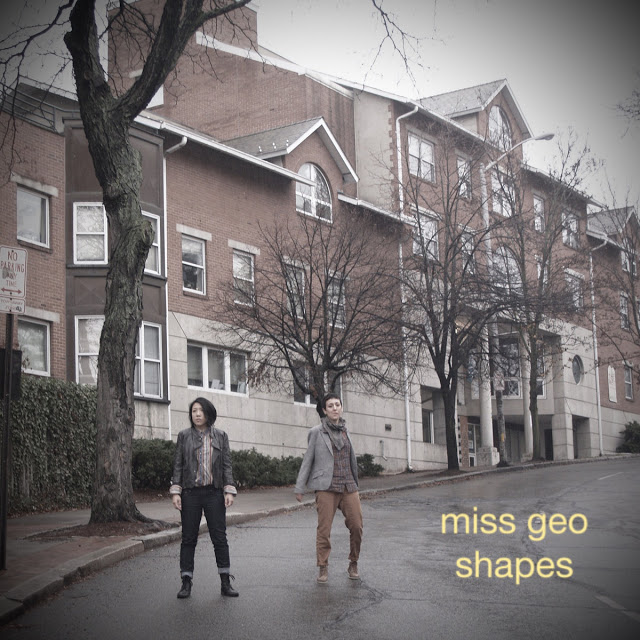 “The duo of Miss Geo can trace their formation to a chance meeting at a Boston area Apple Store. As it turns out, Paz,
who was born and raised in Paris had just moved to Boston and Abby, who is from Newport, RI was in town to play an acoustic set. The duo quickly bonded over mutually shared interests, including New Order, MGMT, Ladytron, Blondie and others, and began to jam together. Liking the results, both Abby and Paz started self-recording and self-producing their material in their homes.”

Miss Geo is an indie-electronic duo based in Boston who’s latest release is the EP Shapes. As they dream of coming to Pittsburgh to play for you, help me in thanking Paz (Synth/Vocals) and Abby Heredia (Guitar/Vocals) for taking the time to participate in this edition of First/Last.

Thanks, ladies. Let me know when you decide to tour, we will hook something up here.