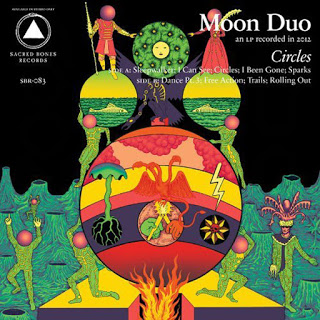 The albums and bands that come through my life are incalculable. There are so damn many. Sometimes, for whatever reason, something sticks. Like this release, “Circles” by the band Moon Duo.. Psychedelic, shoegaze, electronica, call it what you will (Space Rock…really?), It’s been in my conscience since I was lucky enough to hear it. So cool. My thanks to keyboardist Sanae Yamada for taking the time to participate in this edition of First/Last.

Thanks, Sanae. I just love your record. It creeps, man. Come over to Pittsburgh.