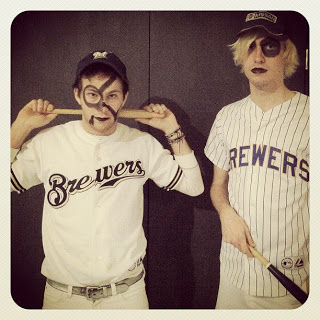 Moon Furies are an ‘electronic pop-rock’ group formed by childhood friends Andy Kiel and Jim Wittmann. Their live sound has been described as “starry-eyed synths with celestial harmonies” akin to “Muppets on crack”. Nice. They are touring to support their debut album Mercury and stop in Pittsburgh tomorrow to play Garfield Artworks. Andy and Jim were cool enough to participate in this edition of First/Last.

Batman and bars. I could get into that description of Pittsburgh…better than steel and ‘fries on sandwiches’, which many still think of. Hope you guys have time to check out our awesome town.