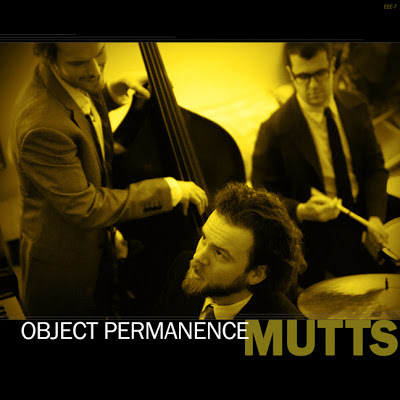 “My name is Mike. Bob and I started this band over some beers in Gainesville, Florida, after playing a gig with Company of Thieves in 2009. It was on a tour opening for Plain White T’s, and so we escaped after our set to a bar across thestreet, whose jukebox fortunately featured several Tom Waits records. The bartender was a huge fan. Bob and I didn’t really know each other well yet, having been hired hands in a band together for just a few months at that point. So we talked music. We loved a lot of the same music. Honest songs, raw recordings, no studio bullshit. Tom Waits, Elliot Smith, Nirvana… more. We decided to record music together. Soon after that decision, we called Chris Faller to see if he wanted to play drums. Bob and Chris knew each other from playing in Chicago bands for years – Hush Sound, Wax on Radio, and others. I knew Chris because when I moved to Chicago after quitting my job as an auditor in Cleveland, I lived on a couch at the I.V. Lab.”

Check out the band’s official Website, Facebook, Twitter, BandCamp, SoundCloud, Last.fm, iTunes, Vimeo, Flickr and YouTube. They roll into town tonight for the early show at the Moose in support of their latest album “Object Permanence“. My thanks to Mike Maimone (Keys/Vocals) for taking the time to participate in this edition of First/Last.

On vinyl, either “Plastic Ono Band” by John Lennon or “Little Criminals” by Randy Newman. I got my turntable around the time we were writing “Object Permanence”,and I think these two albums really shaped my songwriting at that time.

Well, I went into a record store last week, found Leon Russell’s self titled and Stevie Wonder’s “Fulfillingness’ First Finale”, brought them to the register, and my debit card was declined. So those were the last albums I tried to buy. It’s been awhile since I’ve been able to afford to purchase music, with the touring and the new album out.

Fall Out Boy, “Save Rock and Roll”, unless they’re being ironic with that title.

New Kids on the Block, dragged there by my older sister when I was about 8.

Probably Sharon Jones & the Dap Kings at the Vic Theatre in Chicago.

We got to open for Murder by Death at the High Noon Saloon in Madison, WI earlier this year. Sold out crowd, and it was amazing that so many showed up early to catch our set – and then we got to watch those guys play.

I can’t say… pleading the 5th on this one!

Growing up in the Cleveland area, I was conditioned to dislike Pittsburgh based solely on the Browns/Steelers rivalry. That said, I’ve had the pleasure of touring through the Steel City several times in various bands and have grown to love it very much. I have a few friends from high school and college who’ve moved there, and have made some musician pals in town, so it’s always a blast to visit. On one tour we played Mr. Small’s and hung out at a nearby bar – can’t recall the name but there was excellent pizza and the beers were flowing until close. Looking forward to the first Mutts show in town!

Thanks, Mike. I am loving this boozy after-hours vibe you guys got going. See you tonight.