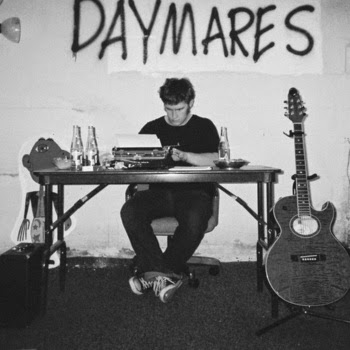 “Tulpa – A materialized thought that has taken physical form. When you’re sick of all the other stuff that’s out there, stop by to listen to music made by some unemployed goofballs.”

My Tulpa is the moniker of folk-punk DIY multi-instrumentalist TJ Boudreau. Hailing from Baltimore, My Tulpa just released his debut album, “Daymares” via Tallbed Records. Much thanks to TJ for taking a few to participate in this edition of First/Last.

With my own money? It was “Doolittle” by The Pixies.

I don’t have a favorite but one I’ve been listening to a lot recently is “6 Feet Beneath the Moon” by King Krule.

“WZRD” by Kid Cudi, it’s just all around a very disappointing album.

I went to see this band Skull Theft last night from Baltimore. Their energy was amazing.

When I saw Jeff Beck a few years ago, his guitar playing just blew me away.

Probably when I saw Sum 41, they sounded terrible and my friend got into a fight with this guy who was 5 years older than us.

I’ve only been to Pittsburgh once to see KISS and I didn’t get to see much of the city but what I did see I thought was pretty rad, and I thought it was cool how you have to drive through a mountain to get into the city from the highway.

Thanks, TJ. Wait, you came all the way to Pittsburgh to see a KISS show? They don’t play Baltimore?