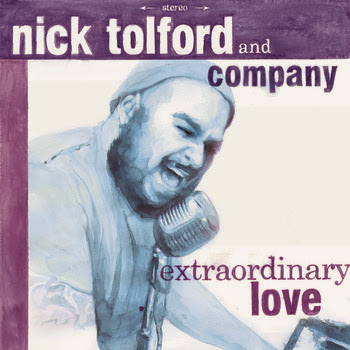 “Nick Tolford & Company are a seven-piece rock ‘n’ roll band from Columbus, Ohio. A virtual who’s who of the Columbus rock scene, members of the band have played in The Slide Machine, Church of the Red Museum, El Jesus de Magico, Brainbow, and with national hip hop act Blueprint.
Formed in 2009, Nick Tolford & Company draw influence from the sounds of Stax, Motown, and Columbus’ own Capsoul Records, delivering songs that span the spectrum from sweat-soaked rock ‘n’ roll to blood-and-guts soul crooners. Passionate, energetic and upbeat, Nick Tolford & Company teeter on the edge between raw soul electricity and punk rock abandon.”

Check the band out at their official Website, Facebook, BandCamp and Twitter. Resuming my coverage of the Paste 50 States Project, I visit our neighbor Ohio and the ‘R&B/garage-rock’ of Nick Talford & Company. Their latest album is “Extraordinary Love” from 2010 and I want to thank the man himself, Nick Talford (Rhodes/Vocals) for taking the time to participate in this edition of First/Last.

Thanks, Nick. FWIW, Donnie Iris on a riverboat isn’t such an unusual thing around these parts. You know with the three rivers thing we got going.