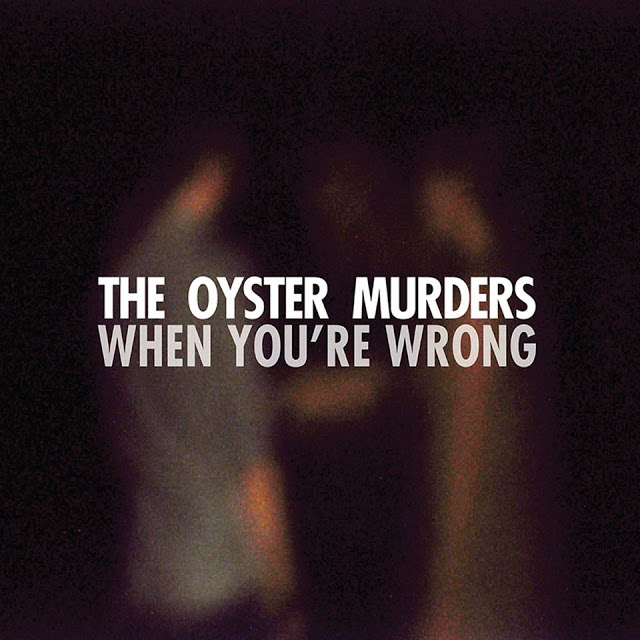 “The Oyster Murders’ name often raises curious looks from those hearing it for the first time, until they realize it derives from Lewis Carroll’s classic novella Through the Looking Glass. The band enjoys this esoteric approach to writing, often weaving in subtle pop culture references into their lyrics. The backdrop for this lyrical collage is a sound punctuated by large pop moments, reverbed guitars, innovative synths and, at times, densely layered instrumentation. After a busy 2012 with live performances in New York and the release of their debut album.”

The Oyster Murders is an Australian alt-rock band with a moody-pop vibe who are busy readying their sophomore effort. To tide fans over, the band has released a stand alone single today entitled “When You’re Wrong“. Self described as a cross between R.E.M. with Elliott Smith and you’ll get a hint of what this band is all about. I want to thank Grant Redgen (Guitars/Lead Vocals) for taking the time to partcipate in this edition of First/Last.

This is really embarrassing but I’m pretty sure it was Martika’s first album… I wish it was something cooler like “The Wall” or The Beatles “Revolver”.

I recently bought both Deerhunters “Monomania” and Becks “Morning Phase”. I liked both albums, probably Beck’s a bit more though.

Man, that is a tough question, so many great records. Nirvana’s “In Utero” was something I really got into when I was a teenager but honestly it’s more of a nostalgia record and not something I’d listen to as much now. Something I can still listen to though is “Kid A”, by Radiohead. That album had a huge impact on me and I still get shivers when I hear ‘How to Disappear Completely’, so sad and haunting it makes me feel good… weird right?

Every record Billy Corgan has been involved in since “Machina”… Who is this body snatcher masquerading as Billy??

That was probably an Australian band called Grinspoon, I don’t remember much. It was also one of the first times I got drunk. My friends and I had snuck some cooking Sherry out of one of our mother’s pantry, a terrible hangover, I do remember that.

Sun Kil Moon, great show but not just for the music. The singer Mark Kozelek is a genuine entertainer with a wonderful depreciating sense of humour, I’d go and see Mark just to hear him tell stories and crack jokes.

David Bowie when he last toured Australia back in 2004 I think. For me it was amazing seeing him in the flesh, until then it was like he didn’t really exist in my mind. When he walked (or should I say strutted?) onto the stage it was like a fictional character in a book had come to life.

Out of curiosity I saw Marilyn Manson play 3 or 4 years ago, it was before the most recent album. He was pretty washed up, everything he did on stage seemed very contrived and tired. People I know who have seen him play on his most recent tour seem to think he has got it together again though.

Bridges right?.. I’d like to see all the bridges! Honestly though I’ve only been to the States once when we were briefly in NYC playing some shows. I did manage to develop a pickle addiction while there, I had pickles with everything, here in Australia we just don’t eat pickles as a side that much… Sorry I’m getting off topic, it’s the pickle addiction, clouds my mind! We are hoping to bring the band back though and experience a lot more places including Pittsburgh.

Thanks, Grant. Yes, bridges. More bridges than any other city on Earth, in fact. That’s how we roll…