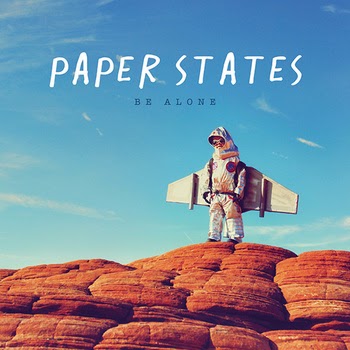 Paper States is an up and coming pop rock band from Pittsburgh who’s debut EP “Be Alone” was released in 2012. As we expect new music from the band soon, join me in thanking vocalist Ryan Stack for taking the time to participate in this edition of First/Last.

Alanis Morissette “Jagged Little Pill” is the first album I can remember owning, but Brand New “Deja Entendu” sticks out as one of the first I bought myself.

Hardest question ever. I think my gut is saying Taking Back Sunday “Louder Now”.

Say Anything, Saves The Day, and Reggie & the Full Effect.

Third Eye Blind at the Palace Theater in Greensburg. They brought out a couch for a chill acoustic set halfway through the main set. Very fun memorable show. On the other hand, Taking Back Sunday is my favorite concert every time I see them.

A few of my favorite bands were playing the Vans Warped Tour. I happened to have jury duty, and the case lasted all week until day of the show. I managed to make it there around 6 pm, but I missed all of the bands I wanted to see. Side-note: When they were selecting jurors, they asked me if there was any reason I couldn’t do it. I told them Warped Tour and they erupted into horrible, maniacal laughter.

Thanks, Ryan. Great jury duty excuse! They should have released you right then and there.