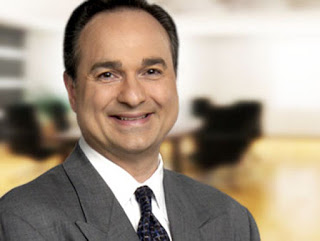 This fall, I will occasionally be switching up the First/Last series by asking local Pittsburgh personalities from various fields to participate in the Q&A. One thing these folks do have in common is their enthusiasm for music.

Today I spotlight KDKA-TV journalist and reporter Paul Martino. Why Paul? If you are like me, I have seen him countless times out at shows and according to his bio, he also plays keys for the band The Mystic Knights! Cool. My thanks to him for doing that First/Last thing.

Ricky Nelson sings “For You”. The Nelson family was on T.V. every week. At the end of every show, Ricky sang a song. He was great. Then I got my first Beatles album and forgot all about Ricky!

Let’s see, Adele, “21” of course, a must have. I also picked up Andrea Bocelli, “Amore”. Beautiful Italian songs and as the title suggests, quite romantic.

Tough one to answer. There’s about 20-to-30 gems that I would never part with. There’s a rare disc most people haven’t heard of….it’s a sixties, pop, psychedelic band from Chicago where I grew up. The Cryan’ Shames “A Scratch in the Sky”, is high on my list. If I were pressed to pick an all-time favorite: it’s a tie between The Beatles “Abbey Road” and the Boston Symphony’s recording of “Vivaldi’s Four Seasons”.

U2’s “No Line on the Horizon”. I mean after all those years of not recording, they come up with ‘Get on Your Boots’?

Steppenwolf. I was 14. It was psychedelic, loud, ‘Born to be Wild’, an extended jam. It was life changing.

Just caught Chicago/Doobie Brothers. They did an outstanding jam together. The show was poorly attended but it was a stage full of talent and hard charging rock and blues. Great horns and guitars. Classic songs. Sorry more people didn’t see it.

I’ve seen Paul McCartney three times. He’s the consummate entertainer. Those songs bring you back to the day and bring a tear to the eye. Last time I saw him at CONSOL Energy Center and was able to bring my three 20-something kids. It was a great family night. Bruce Springsteen never fails to blow me away. And I will never forget seeing “The Who” in 1971, all the original members were still alive! Their sound was incredible. They were touring for “Who’s Next”. It wasn’t selling well but after that tour, sales soared. Dave Matthews Band also makes for a fantastic summer night. Very musical.

Don’t mean to pick on U2 but I was a little disappointed with their Heinz Field show. Their giant 360-degree video screen, while pretty cool, totally distracted from the show. Also thought the sound mix was bad. Vocals were muffled. But the “Edge” stole the show with his searing riffs.

Pittsburgh is loaded with musical talent, from Joe Grushecky and the House Rockers to Donora, Rusted Root, the Granati Brothers, Donnie Iris, The Clarks, Wiz Khalifa and on and on. Unfortunately, most of them can’t seem to break out from Pittsburgh, aside from Wiz. Not sure why. It happened decades ago when you had Perry Como, Bobby Vinton, Lou Christie, The Letterman and the Vogues. The music business has changed a lot. Talent isn’t always enough unfortunately. I miss the amphitheater at station square, although Stage AE is filling some of the void. I miss Graffiti too. But there’s a great new venue “Jergel’s” in the North Hills. There’s been some great shows there, including Jefferson Starship. There are great shows coming. Neil Young, The Who, Springsteen. I hope Bocelli makes his way here.

Thanks, Paul. See you at the next big show, or at Jergel’s!