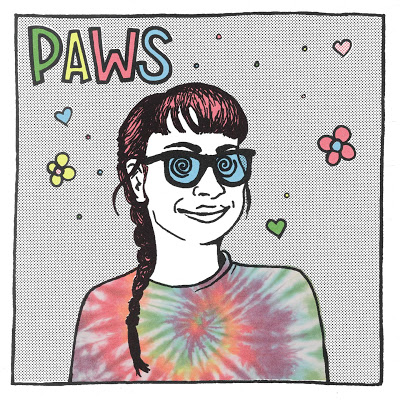 “Friends since school, PAWS are made up of Phillip, Joshua and Matthew, and are based in Glasgow, Scotland. The band play (in their own words) ‘infectious, lo-fi, garage pop-rock’ and have already made a name for themselves in Glasgow as one of the best Scottish live bands currently on the scene.”

Check out the band at their official Website, Facebook, SoundCloud and Twitter. Coming out of SXSW with immense buzz, the band is starting to garner much noise, thanks to their fantastic debut album, “Cokefloat!“. My thanks to Phillip Taylor (Vocals/Guitar) for taking a few minutes to participate in this edition of First/Last.

Thanks, Phillip. What an album, man! Just loving it. Skip back over the States and don’t forget Pittsburgh if you do.