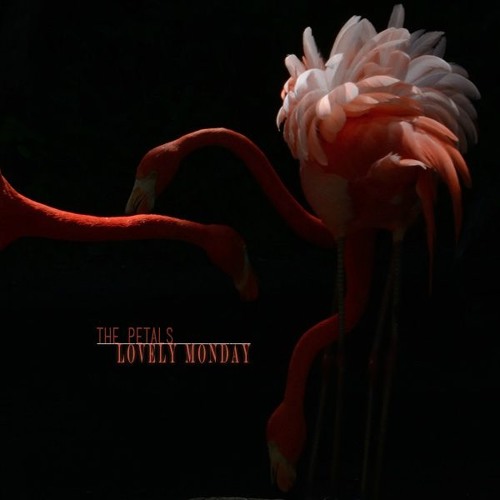 “Yes. We can and will play most weddings.”

The Petals are an ambient indie rock band from Pittsburgh who are busy working on their sophomore album to be released this year. Catch them live this week at Second Saturdays at The Space Upstairs in East Liberty this weekend. Many thanks to Aaron Sheedy (Guitar/Vocals) for taking the the time to participate in this edition of First/Last.

So, I’m pretty sure this one is a tie between One by One by the Foo Fighters and Toxicity by System of a Down. It was my first time buying CDs and I thought “Why not, to ensure that I do this thing the right way, buy two of these bad boys at the same time”? My inner monologue has not changed much since then.

This is also a tie. I’m now realizing I have an issue with making decisions, or perhaps I just enjoy purchasing things in couples, either way the answers are Ege Bamyasi by Can and Christmas and the Beads of Sweat by Laura Nyro.

A difficult question deserves a swift answer. That is why I will say Black Sheep Boy by Okkervil River. You need to get over something? Anything? Feeling like you want to experience all of the emotions in a well organized straight line. Do yourself a favor. Concept album for life.

I, like most of my band mates, have a history of listening to a lot of metal music. I used to play drums in a death metal band and so needless to say I was always down with finding the most sinister sounding tunes. The kind of songs that sound like at any moment a ghastly black figure is going to emerge from your radio and drag you underground. While I still enjoy the occasional blast beat or a good sweep picking session, it’s not really what I’m into now. This is probably because of an album by My Dying Bride entitled 34.788%… Complete. For anybody that doesn’t know, these guys play doom metal. This was the album they tried to diversify that familiar melancholy wailing with some kind of electro/ambient infusion. It was not very effective.

The first concert I ever attended was Velvet Revolver playing at the First Niagara Pavilion. I loved Stone Temple Pilots at the time so seeing Scott Weiland shout into a megaphone moving like a human-sized rubber band in the wind while ex-members of Guns N Roses mechanically play their respective parts for their ‘Contraband’ tour was pretty great. Plus Hoobastank opened for them so… win-win.

Recently, I got the opportunity to experience a Run the Jewels show. I’m still blown away by it. Those guys rule. Everybody down throw the pistol and fist.

Last year I got to see Steely Dan. I love Steely Dan. I think it’s some kind of disease actually passed on paternally and through the persistence of a good friend named Jim. I truly never thought I would have the pleasure of hearing those deep cuts from Gaucho in person but 2016 turned out to be pretty strange so I guess it makes sense. They put together one of the finest bands I have ever seen coordinated and on top of that, the guys can still sing and shred like it’s nobody’s business because evidently it’s not.

This is kind of a non-distinguishable answer, but I went to Bonnaroo once. Needless to say my body was undergoing what must of been complete turmoil for a number of reasons and I decided that to correct all of the negativity, I was going to just sit in the grass in the middle of nowhere and close my eyes until the bands I wanted to see that day went on. This was a terrible idea, because I was right in between the stages for Milo Greene and Twenty One Pilots battling over the airspace, converging conveniently right where I was seated. That was day one of the festival.

When I think of Pittsburgh, I think of the places I frequented when I was a child visiting the city and now as an adult I think of how I view those same locations differently. Some of my favorite memories could be found in Squirrel Hill where every Tuesday my mother would drive a seven year old version of me to my cello instructor for my weekly lesson with one of my favorite musicians and teachers I’ve ever known. Having now lived as an adult in this city for six years I see this place as a somewhere you can learn what it is you want out of life, you can use this place as a training ground for whatever it is you’re into, and there are some of the loveliest people I’ve ever had the opportunity to meet here. It’s always a warm thought when thinking of Pittsburgh.

Thanks, Aaron. As much as I LOVE Black Sheep Boy, I mean REALLY LOVE, I have to give Down the River of Golden Dreams the edge as my favorite Okkervil album. I was a year late in discovering the band and so regret missing them playing at Garfield Artworks on that tour.