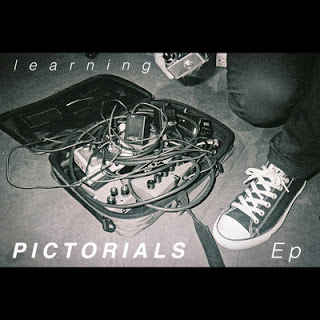 “Portland, Oregon-based post-punk-indie-pop-dance act Pictorials are celebrating the release of their debut EP, Learning, on the band’s own Deja View Records. Comprised of Morgan Nicholson on vocals and guitar, Mike Moreau on bass, keys, and vocals, and Nate Otani on drums and keys, the trio recorded their debut with engineer and producer Dylan Magierek, of Badman Recording Co., at Type Foundry Studios. Combining post-punk elements with more modern dance-oriented rhythms, Pictorials is a fine fit next to many of yesterday’s Creation, Factory, and Rough Trade releases their sound recalls.”

Brand new music people! The band has a sort of Pittsburgh connection as you will read below, and I have been really diggin’ the just released “Learning” EP. My thanks to guitarist Morgan Nicholson for taking the time to participate in this edition of First/Last.