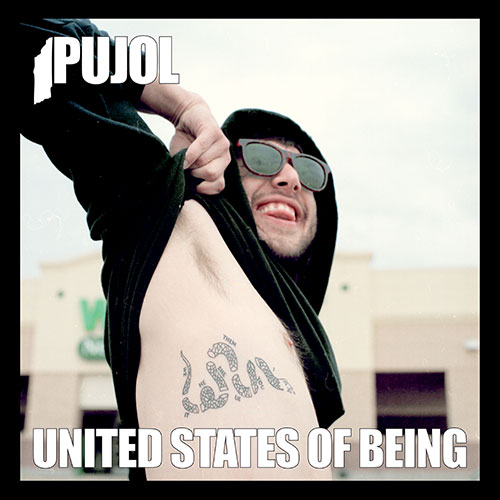 “PUJOL arose from the ashes of MEEMAW in 2009 to carry on the Nashvillian ideals of DIY and self construction through adeptly crafted songs based firmly in meaningful lyrical content. It’s these motives and songs that have taken PUJOL from the basements of Middle Tennessee to stages across the country and have garnered notice from more than just those with their ear to the ground.

Releasing a plethora of singles and cassettes over the past two years on Jack White’s Third Man Records, Nashville’s Infinity Cat Recordings and Turbo Time Records among others, PUJOL has now partnered with Omaha’s Saddle Creek. Following the the critically praised Nasty, Brutish, and Short EP from last year, PUJOL finally has an official debut full-length ready for unveiling. UNITED STATES OF BEING continues on with PUJOL’s doctrine of trying hard everyday and ventures lyrically to a place that most contemporaries fail to reach. Addressing the current status of twenty-somethings in America’s present and capturing their shared dispositions, the album throws the brakes on “catharsis,” and begs the listener to decide for themselves how to answer the robot’s last question, “What is love?” With riff-oriented guitar playing reminiscent of greats like The Replacements and Beetlejuice-esque earworms, PUJOL now sits atop the fringes of the rock and roll and DIY vernacular.”

You can find Daniel on Facebook, Twitter and in Pittsburgh this Fridayt at Club Cafe for the late show touring behind this year’s release, “The United States of Being“, on a bill with White Like Fire and Nic Lawless. My thanks to Daniel for taking the time to participate in this edition of First/Last.

Thanks, Daniel. Love the latest album and really hoping to catch your set Friday (maybe not).