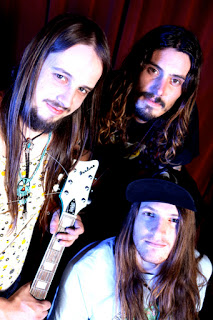 “Radio Moscow came about a few years back in a Story City, Iowa basement. The First version of Radio Moscow began as a solo project by Parker called Garbage Composal. At this time the sound was very raunchy mid-sixties-ish garage rock heavily influenced by the hidden gems and bands on the nuggets comps, yet still sounding very much its own. Parker recorded one albums worth of the Garbage Composal Demos under the new name Radio Moscow.”

The band hits Pittsburgh next Tuesday at the Pub sharing the bill with Memphis’ Dirty Streets. My thanks to frontman Parker Griggs for participating in this edition of First/Last.

Thanks, Parker. If there ever was a perfect combination of venue and music, it’s yours and the Pub!