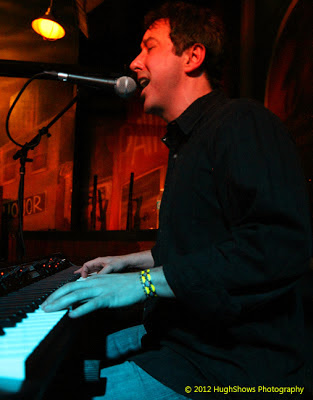 Randy Baumann is the popular morning host on WDVE-FM in Pittsburgh. He also plays keys in The Randall Baumann Band (ahem…fetch my ascot and monocle Jeeves, I am attending the RANDALL Baumann Band concert tonight) which I caught a couple times last year. They, along with local stalwarts The Houserockers, put on a fantastic tribute to The Rolling Stones’ “Exile on Main St.” dubbed ‘Exile on Carson St.‘ last May featuring a revolving cast of singers playing the album in full. I recently caught the band again in December at the Thunderbird where none other than the voice of the Penguins Paul Steigerwald boldly proclaimed before the set that, “You’re gonna love this. They play obscure songs that you have never heard before.” Well, maybe so Paul, but I run a music blog. They were reaching back to some obscure classic rock tunes for sure, which as promised by ‘Staggy’, did turn out to be a fun time. My thanks to Randy for taking a few minutes to participate in this edition of First/Last.