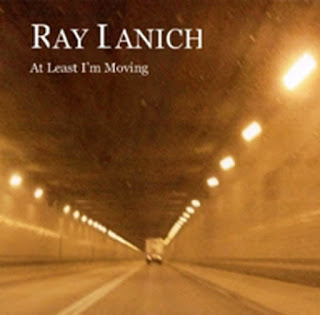 “Ray Lanich knew at an early age that music was his destiny. He received his first guitar for his tenth birthday, and in less than four years, he was performing professionally. Currently, Ray Lanich lives outside of Pittsburgh, PA with his fiance and continues to write and perform his own music. He acts as his own manager, booking agent, PR, and record label. After singing “The National Anthem” at the Erie Bayfront Convention Center, Ray was asked what his goal was in the music industry. Ray laughed and said, “I don’t want to be famous – just known.”

Ray can be found at his official Website, Facebook, Twitter, ReverbNation and YouTube. His band is playing Howler’s tomorrow night with special guest Sarah Fina. My thanks to Ray for taking the time to participate in this edition of First/Last.

I have come to really love Pittsburgh. Before I moved to the area, my main exposure to the city was mostly centered around Downtown. Living and performing here has opened me up to a whole new Pittsburgh I didn’t even know existed. The city’s pride and spirit is infectious. The vast number of talented musicians and competing bars and venues makes pursuing a lucrative music career challenging here, however Pittsburgh also offers so many great opportunities that I probably would have never had performing in and around Erie, PA. There is such a great musical history in this town, and I humbly hope one day to add a chapter to the book.

Thanks, Ray. I couldn’t agree with you more about many Canadian bands not getting the love they should here in the States. The amazing, overlooked musicians that aren’t known because they live in a neighboring country always dumbfounded me.