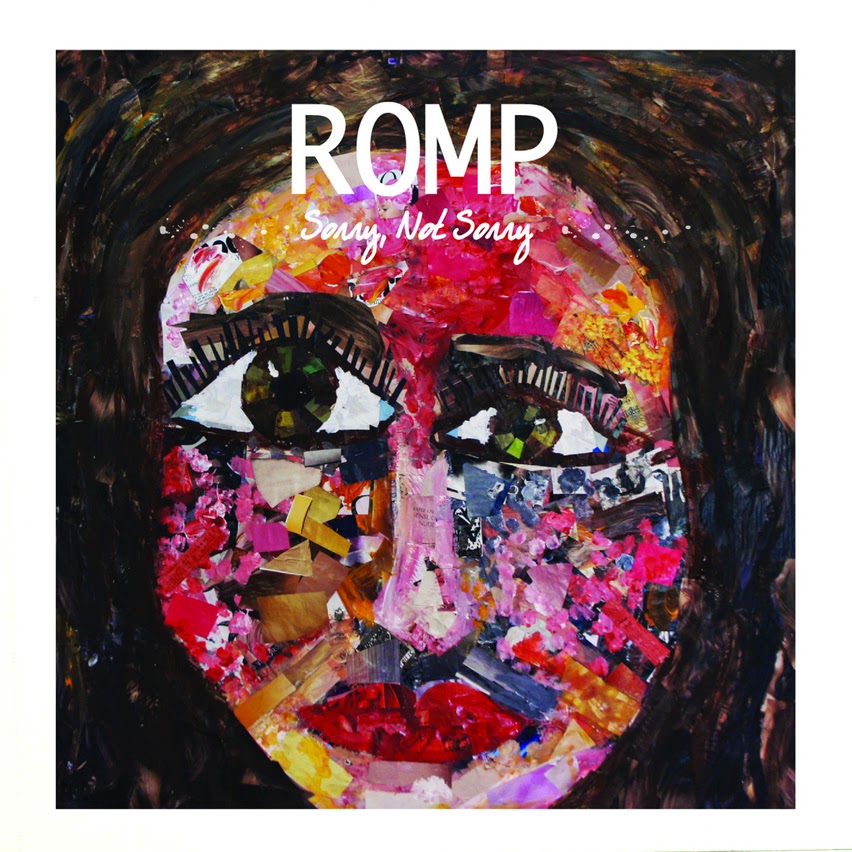 “An Alien Force from Uranus (Madison), Mars (Lucas), Saturn(Mitch), and the Moon(Luke); ROMP touched down in Hub City, NJ in 2014 and made a pact:

2) Play every basement in New Brunswick

3) Take over the galaxy.

ROMP is an indie pop-punk band from New Brunswick, NJ. They are touring in support of their latest EP “Sorry, Not Sorry” and hit Pittsburgh Thursday at Mr. Roboto Project. Much thanks to Madison Klarer (Keyboards/Vocals) for taking the time to participate in this edition of First/Last.

The first record I ever bought was the soundtrack to ‘The Graduate’. I got it at my favorite record store, Princeton Record Exchange. Still listen to it. I love Simon and Garfunkel.

The last album I bought was Pup’s self titled record (also at Princeton Record Exchange). I got really into them this fall. And you know I took pics of my dog with the Pup record and put it on Instagram.

“The Blue Album” by Weezer is probably my favorite album. Not just because it is an amazing collection of songs but because I listened to it during a really important and formative time in my life. When I fell in love for the first time and found some friends that actually liked me. I always smile to myself whenever I hear this album. Shout out to Drew’s house.

I think the album I was most disappointed by recently was “Save Rock and Roll” by Fall Out Boy. Not to say the songs weren’t good because they are, but when I heard that they were getting back together, I got really excited for some more pop punk tunes and these aren’t really that. But hey, they grew and I can’t expect them to write songs similar to the ones they wrote when they were 10 years younger on “Take This to Your Grave”.

My first concert was Avril Lavigne/Simple Plan in fourth grade. My mom took me and I had a blast. I got a shirt with Avril’s face on it and she has her mouth open and it’s really fun to put my hand underneath the shirt and make her talk to people.

Tonight I’m seeing Joyce Manor and Mitski at Asbury Lanes so I’m VERY excited for that. I’ve been listening to Joyce Manor for years and have never seen them live. I’m going to buy everything they are selling and dance my butt off.

My favorite concert I’ve ever been to is probably all of the Hop Along shows I’ve gone to. Every time I see them, I’m blown away.

My least favorite concert I’ve ever been to is probably The Jonas Brothers and Camp Rock show I saw at PNC bank arts center a few years ago. I took my little cousin and it was only 10 dollars so I thought it was “worth” it. It wasn’t.

This is going to be our first show in Pittsburgh and we are all really excited for it. I’ve heard awesome things from my friends and everyone we have talked to from here has been really awesome and helpful.

Thanks, Madison. Hope you can enjoy some time in our city. This EP is the shit, BTW! Can’t wait to hear music from you soon.