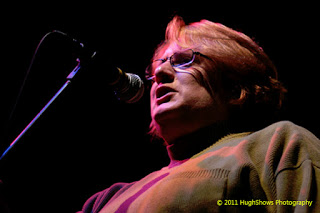 I have been ‘unofficially’ shooting shows for WYEP-FM for two years now and I am celebrating this week by bringing you a special series of First/Lasts with the station’s on-air personalities. We continue today with Rosemary who is the host of the Afternoon Mix forWYEP as well as being a long time producer for the station. My thanks to her for participating in this edition of First/Last.

Thanks, Rosemary. Being at the station for over thirty years, I can’t imagine the number of shows you have been able to see?