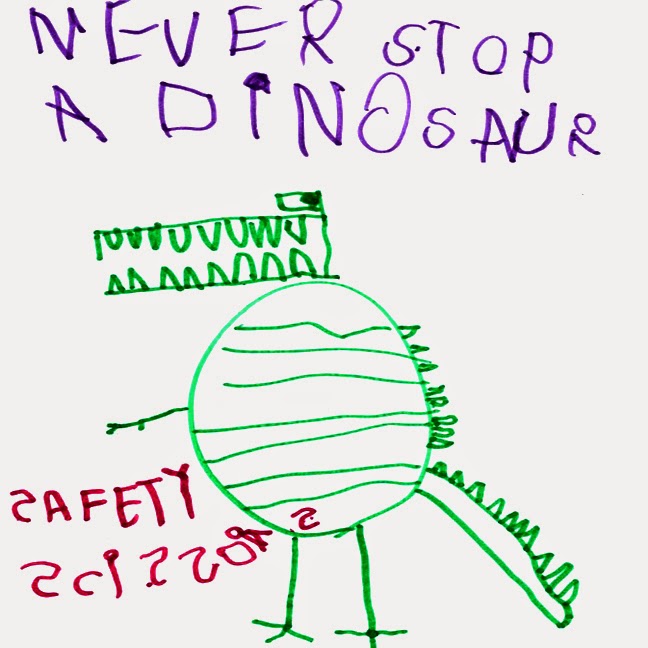 “Harper is five years old and his brother Clark is three. The drummer is their friend Milo who is six.”

Talk about ‘boy-band’. These little dudes are are 2/3 the offspring of Pittsburgh musician and friend of the blog, Chad Sipes and have released a fun music video / single of what every pre-school boy cares about most, dinosaurs, called ‘Never Stop a Dinosaur‘! As Chad explains, “He wrote the hook while we were playing with toys and the next night I recorded the basic track and stuck a mic in his face. He made up the lyrics on the fly and I spliced together three takes and it was done. Check it out as I thank Harper for taking the time to participate in this edition of First/Last.