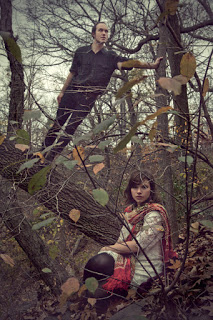 “On “Dreamers,” the dance-laden lullaby and lead single from Savoir Adore’s new album Our Nature, Paul Hammer and Deidre Muro invite listeners into a magical dream world. Such worlds are nothing new to the fantasy pop duo, who inadvertently became a fixture of Brooklyn’s indie scene as the result of a dare. In 2007, as disheartened solo artists, they whimsically retreated out of the city to a rural studio with two rules: “48 hours. No acoustic guitars.” They returned with The Adventures of Mr. Pumpernickel and The Girl with Animals in Her Throat (Cantora), a concept-driven EP set in a fairy tale land that narrates the tragedy of Gloria and her unrequited love. On 2009’s full length In The Wooded Forest (Cantora), they expounded on the EP’s mythical landscape. But where Savoir Adore’s previous releases have surveyed these worlds at a distance, Our Nature zooms in, putting our inner landscapes and relationships at the core of very track. In that vein, the recordings themselves are intentionally more crisp, aurally expansive and intriguing.”

The band brings their nature to Smalls tonight on a bill with Jukebox the Ghost and Bright Moments. My sincere thanks to Paul and Deidre for taking the time to participate in this edition of First/Last.