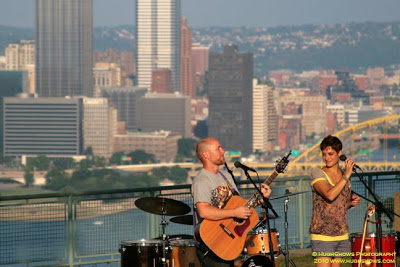 Scott is the male half of the husband and wife duo known as The Wreckids. Along with Sarah (6-18 in da house!) they released a fantastic EP several months ago and if I am not mistaken, have plans for yet another release soon! They are playing the Thunderbird tonight along with Nik Westman & The Central Plains and Boom Chick, which is a sort of de facto sending off party for Bear Cub, who are relocating to Nashville. Scott was cool enough to participate in this week’s edition of First/Last Friday.

Thanks, Scott. Nice call on the Boston record. I can remember being ten years old and listening to that album over and over when it first came out. Hopefully I’ll see you tonight, buddy.