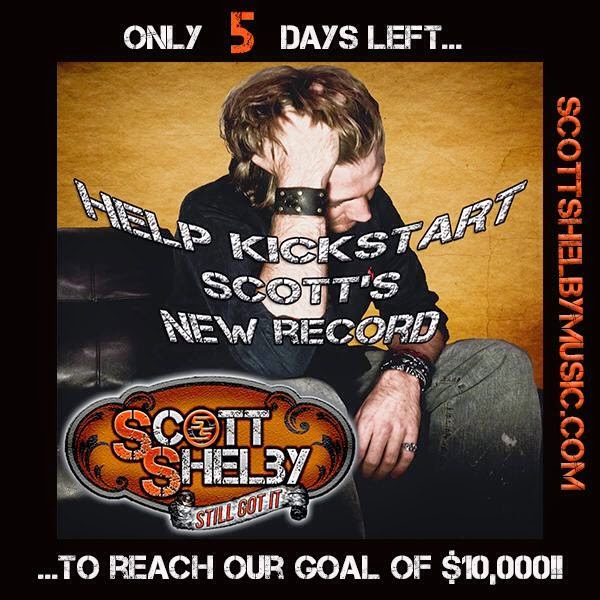 “100,000 miles in two years! Fitting description of a trucker or a traveling gypsy, and I guess Scott Shelby is a bit of both, but primarily he is singer/songwriter. Touring around the South Central U.S. with a 5 piece band and across the nation solo acoustic, he has opted to create his career the hard way…on his own. One radio station, one venue, one performance, and one fan at a time. And it’s finally taking shape!”

Scott Shelby is a Pittsburgh singer-songwriter who you could say leans towards country and folk rock at times. He is nearing the end of a Kickstarter campaign to fund his latest album, “Still Got It”. I want to thank him for taking the time to participate in this edition of First/Last.

“Revolutions” by The Great Divide.

ZZ Top in the Astrodome.

I love watching the Pirates & Steelers play! Garth Brooks last month was also killer, although I don’t see why his wife got to sing so many songs.

Thanks, Scott. Just noticed that you have a very cool backer on your campaign! I hope they have good taste in ‘tattoo art’ for your sake.