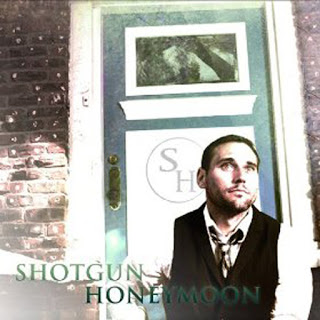 “The Culmination EP, the latest from Los Angeles, CA-based acoustic-pop-rock singer-songwriter Eric Mellgren (aka Shotgun Honeymoon), is just that, the culmination of a lot of hard work following up Shotgun Honeymoon’s 2007 debut, Forgone Conclusion (Broken Halo Records). And while the songwriting is all Shotgun Honeymoon, the approach is vastly different, this time preferring to build the songs with a live band, stage after stage, instead of in the studio like he did on his debut. Released in September 2007, Forgone Conclusion was the product of Shotgun Honeymoon’s collaboration with Jeff Trott, building the songs and record in the studio – with studio musicians. The opposite is true with The Culmination EP, as Shotgun Honeymoon delivers a five-track collection of songs that find the songsmith further exploring the sounds he created on the debut, whilealso being more adventurous with the assistance of his backing band.”

Check out Shotgun Honeymoon on Facebook, Amazon, Twitter, and Reverbnation. I have been enjoying this EP and want to thank Eric Mellgren for taking the time to participate in this edition of First/Last.

Thanks, Eric. Hmmm, wondering if that Key West girl is reading this?