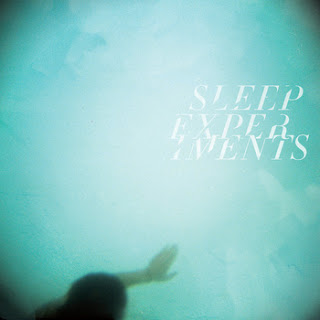 “Sleep Experiments began as three friends making solo music, each of different styles and different backgrounds. One day they found themselves living mere blocks from each other, in the Central Northside of Pittsburgh, and decided it was high time for a collaboration. The vision was to create an intimate and dream like space for the listener to reflect and absorb the ethereal sounds. It began with three guitars and with a firm limitation of ‘no drums’. It transformed into 2 guitars, keyboard, vocal loops and harmonies, and from time to time, a little beatbox.”

You can check out the band on Facebook, Bandcamp and Twitter as they release their much anticipated full length debut this Friday at the Elks with support from Paul Zito and Ocean Icon. If you are into some delicately nuanced dream-pop (as I am) then do yourself a favor and hit this gig. My thanks to Phil Jacoby (Guitar/Vocals), Morgan Stewart (Keyboards/Vocals) and Phil Johnson (Guitars/Vocals) for taking the time to participate in this edition of First/Last. 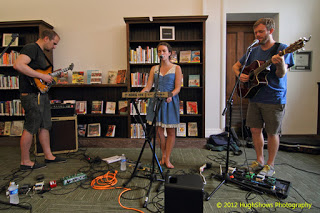 Phil Jacoby: This is very difficult. I suppose it would be a toss-up between “It’s Hard to Find a Friend” by Pedro the Lion and “Will You Find Me” by Ida. Both of those records, and the artists who made them, have had a profound effect on the kind of music I make, how I listen to music, and my appreciation for intimacy in a live performance setting. Those records are very dear to me.

Morgan: Hmmm…that is ever evolving. I feel a lot of feelings listening to Sufjan’s “Seven Swans”, Sigur Ros’ “( )” and Death Cab for Cutie’s “Transatlanticism”. Those have transcended time and trend for me.

Phil Jacoby: I don’t know if it is my least favorite, but I recall purchasing a record by a band called Leaves when I was 16 or 17 years old. I had never heard of them before, but I had an impulse to check it out. I got home and listened to it and recall thinking that I did not care if I heard any of the songs ever again. It was really boring and did not have anything for me to grab on to. I don’t know what I had expected, but it was really disappointing. That being said, I have no idea what I would think of it now.

Morgan: Zola Jesus/La Vampires collaboration EP. I was hoping that her brooding pop would pervade the noise but instead it was just indecipherable noise.

Phil Johnson: The song “Centerfield” by John Fogerty is one of the worst songs I have ever heard. What makes it worse is the Fogerty wrote so many amazing songs in so short a time earlier in his life. And then this thing. So sad. So terrible.

Phil Jacoby: Not sure, but it was probably something at church or related to worship music. Most of the music I was exposed to as a kid was either worship music or top 40 from the 50’s and 60’s. Beach Boys, Frankie Valley, etc. Since the bands from the oldies stations were not touring when I was a kid, there were not too many options left over that the whole family could attend.

Morgan: Hmmm…my first concert without my parents was DC Talk at the height of their glory.

Phil Johnson: Actually, it was Jennifer Knapp, the OC Supertones, and Audio Adrenaline. The Christian music subculture is a really strange thing.

Phil Jacoby: Probably Sigur Ros at Calvin College in 2005. I got to see them twice in a row on the same night and each time was overwhelming and beautiful. The audience was perfectly reverent. The Fine Arts Center at Calvin is maybe the best sounding venue I have ever experienced and the band filled every inch of it. Aside from one brief technical issue it was a flawless performance.

Morgan: Toss-up between Sigur Ros at Calvin College (yes, I was with my bandmate Phil Jacoby there), which was a sublime and heavenly experience, and seeing Anathallo at the DAAC in Grand Rapids when Matt lost his voice and everyone else in the band pitched in singing. I had one of those, “I’ve never felt so alive” moments with some dear friends while being completely mashed in a room packed with people.

Phil Jacoby: Wolf Eyes. I went to see Pedro the Lion with Low in Detroit in 2001. Low was headlining, Pedro played second, and Wolf Eyes was first. I had never heard them before, and, looking back, I suppose they achieved what they set out to do, but it was all I could do to stay in the building while they played. Abhorrent.

Phil Jacoby: Most of the closest friends I have are here in Pittsburgh. I grew up near Detroit and moved to Pittsburgh in early 2008 and the relationships that have formed here are very special to me. I met my wife here, my band is here, my dear friends are here. Pittsburgh is a naturally beautiful place, but I mostly think of it as the context in which friendships are formed and thrive.

Morgan: In the 6 years of living here, I’ve really grown to love this place. I see so much potential in all of the broken spaces. The music community as some terrific artists. It is really great to be a part of it.

Phil Johnson: The trick about Pittsburgh is that there really doesn’t seem to be an established scene, so if you’re talented and don’t mind working hard, you can really make some great things happen here.

Thanks, guys. Love your live sets and can’t wait to hear the new album!