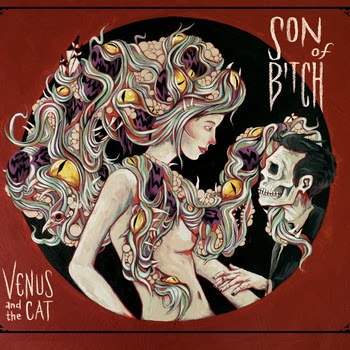 “Making folk a little more western, making western a little more metal everyday. A son of the South meets some kids from West PA and a daughter of Ukraine.”

Check out the band on Facebook, YouTube and BandCamp. The folkabilly band from Pittsburgh recently released their fantastic debut full-length “Venus and the Cat“. I want to thank Max Ward (Banjo/Fiddle/Baritone Ukulele/Electric Guitar/Back-Up Vocals) for taking the time to participate in this edition of First/Last.