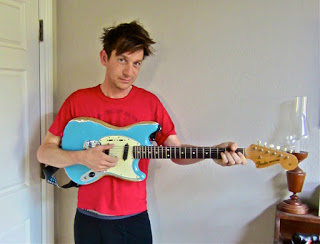 “Sonny Smith began playing Jimmy Yancey covers on piano in little mountain town clubs of Colorado when he was 18. These piano gigs led him to Denver and then into Central America where he busked up and down the Telemanca Coast with a couple friends in a band. At this time he was working on screenplays which ultimately broke apart into long-winded songs with characters and dialogues and plots. On April 23, 2012, Sonny and the Sunsets signed with Polyvinyl Records for their 3rd album, Longtime Companion (AKA Sonny and the Sunsets’ country album). Longtime Companion was released on June 26, 2012 with another Sonny and the Sunsets album to follow on Polyvinyl.”

Last month I was watching the live stream of Pickathon 2012 and totally dug this band. I reached out to Sonny and now you are reading this. My thanks to him for participating in this edition of First/Last.

Thanks, Sonny. Try to hit Pittsburgh sometime. Your stuff is great, man.