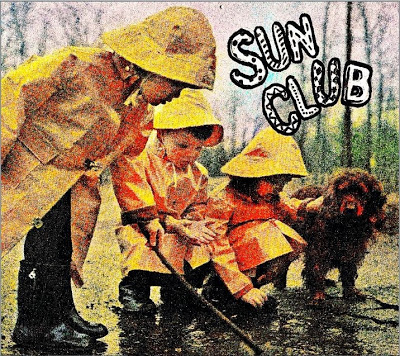 “Sun Club serve as a brilliant amalgamation of various styles that swirl together into one cohesive and incredibly satisfying result. They carry a certain spontaneity that makes their music inherently enjoyable, you’re never too sure of when they’re going to stick to a catchy rhythm or break into a primal flash of shouts and percussive breakdowns. Combining Afropop rhythms with contemporary pop melodies, Sun Club has crafted an original sound that careens through various soundscapes, creating an eccentric and enjoyable listening experience.” – Grant Golden PASTE

Check out the band on Facebook, Twitter and BandCamp. The indie-pop band are featured on the Paste 50 States Project representing Maryland and their latest release is the “Beauty Meat/Language Juice” 7″. I want to thank Shane Justice McCord (Guitar/Vocals) for taking the time to participate in this edition of First/Last.

Thanks, Shane. As I am expressing to many of the young out of town bands possibly swinging through Pittsburgh, drop a line. Maybe we can work out a gig?