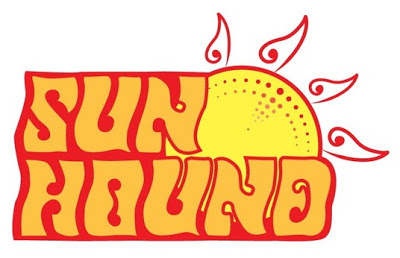 “Sun Hound is a Blues-Rock duo based out of Pittsburgh, Pennsylvania. After months of experimenting with various musicians, drummer Nicole Pyeritz contacted Jess Joseph about forming a band. The two hit it off immediately, and joined together to form Sun Hound. Along with the crunch and grit of their Blues-Rock sound, Sun Hound is also heavily influenced by the Psychedelic genre. The band has cited some of their biggest influences as The Doors, Muddy Waters, Janis Joplin, Blind Willie McTell, Black Rebel Motorcycle Club, Pink Floyd, Eric Burdon, Robert Johnson, Big Mama Thornton, The Dead Weather, Queens of the Stone Age, Son House, The Rolling Stones, Them Crooked Vultures, Howlin’ Wolf, Fever Tree, Led Zeppelin, Stone Temple Pilots, Alice In Chains, The Black Angels, The Smashing Pumpkins, and Jack White. In the Fall of 2013, Sun Hound is preparing to release their debut 5 song EP, Greytone Songs.”

Check out the band at their official Website, Facebook, Twitter, ReverbNation, and YouTube. A Pittsburgh all-female blues-rock keys/drums duo? Yes, please! The band is diligently working on it’s debut EP that will be released in the very near future. In the meantime you can catch the gals at the Thunderbird Cafe Saturday night as they support Steelesque. I want to thank Nicole Pyeritz (Drums/Background Vocals) and Jess Joseph (keys/Vocals) for taking the time to participate in this edition of First/Last.

Nicole Pyeritz: The first album I ever owned was Nirvana “Nevermind”. Although I can’t say that I bought it, more so took it from my brother and it was too good to ever give back.

Jess Joseph: The Band’s soundtrack to “The Last Waltz”. I was so in love with the concert footage in the movie that I needed to hear the whole thing over and over again. One of my favorite bands to this day.

Nicole: Queens of the Stone Age “Like Clockwork”. Ironic name considering I was anticipating this one for what felt like forever.

Jess: Fiona Apple’s “When the Pawn Hits the Conflicts He Thinks Like a King…”. I’m surprised I haven’t bought this album sooner; it has all of the gusto that I could want in a female driven sound.

Nicole: I really don’t know if there is an answer to this question! Depends on my mood. I even like different genres based on the season. Ha-ha. Two albums I’ll never get tired of listening to are both Howlin’ Wolf and The Doors self titled albums.

Jess: Pink Floyd’s “Dark Side of the Moon”. Every song on the album is brilliantly crafted, not to mention the high acclaim that it continues to receive decades after its debut. I will never grow tired of it.

Nicole: Out of all of the bands that I like, I was most disappointed with “Echoes, Silence, Patience & Grace” by The Foo Fighters. Just not what I love Dave Grohl for most.

Jess: Tracy Chapman’s “New Beginning”. I had heard the track ‘Give Me One Reason’ and adored it, but the rest of the album did not reflect the bluesy, feel-good sound of that song. I’d love to hear her rich voice on a more funk-based and bluesy repertoire rather than folk.

Nicole: I saw The Monkees when I was 12 and never looked back! I’ve been to more than my fair share of shows now.

Jess: Eric Clapton. I went with my brother, glued in our nosebleed seats, absorbed in every moment of it.

Nicole: The last arena show I went to was The Red Hot Chili Peppers, well worth the wait to see Chad Smith! Jess and I go to local shows all the time though. Jess: Soundgarden. Ingeniously amazing! I could listen to Chris Cornell play for days.

Nicole: Definitely Queens of the Stone Age at The House of Blues. They had an amazing Rockabilly opening band, The Dough Rollers. Then QOTSA played their whole first album and then some. It was a pretty hush hush show, the crowd was intimate and the greatest way to see them live.

Jess: Hadag Nachash. (Laughs). They are a funk-reggae-rap infusion from Israel, and they are fantastic! I went with friends from HaZamir, a Jewish choir that I was involved with, and we were amazingly surprised by the new interesting sound that we were hearing. Israeli music is well worth listening to, even if you don’t speak Hebrew.

Nicole: I fell asleep at a Christina Aguilera concert once.

Jess: Every concert I have been to has been an educated decision, so I can’t say that I have a least favorite. My only critique: prepare longer set lists!

Nicole: We love that we’re getting our start in Pittsburgh. Every show we’ve played here has had such a positive reaction, and the folks that come out to shows are always eager to talk and help out afterwards. I don’t think you would find that in every city. Now with that said, come out to some shows, people! We’d love to see you there and you can find live, local music in Pittsburgh every night.

Jess: I work at a hotel in which I meet all walks of people from all different places in the world. All of these people have commented on how nice folks are in Pittsburgh. Our band has received such support in our hometown, and I think part of that stems from the warm-hearted feel of the Pittsburgh people. I will never forget my roots!

Thanks, ladies. Really looking forward to the EP.