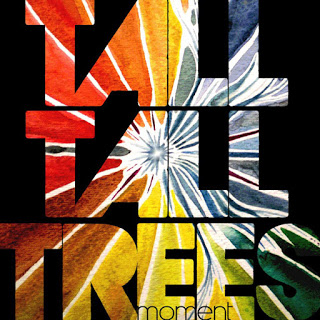 “Tall Tall Trees, formed in 2008, is the musical project of multi-instrumentalist/songwriter Mike Savino . Often performing on a home-rigged electric banjo sent through a number of effects pedals and loopers, Savino along with longtime collaborators Mathias Künzli (drums), Kyle Sanna (guitar, keyboard), and Benjamin Campbell (bass) create music that is a blend of folk and rock with the occasional foray into psychedelia. Moment (February 2012/Good Neighbor Records), inspired by a group camping trip into the Alaskan wilderness, tells the story of a man yearning for escape and connection with nature. The band’s sophomore album showcases their evolution from a quirky bluegrass-leaning side project into a fully formed indie-rock band. Recorded by Matthew Cullen (My Morning Jacket, Ray LaMontagne) at Dreamland Studios (Fleet Foxes, Delta Spirit) outside of Woodstock, NY, and mixed by Bill Moriarty (Dr. Dog, Man Man).”

The band’s songwriter, Mike Savino, stops in Pittsburgh tomorrow night at OTB to perform a solo set. My thanks to him for participating in this edition of First/Last.

Thanks, Mike. Tripping to Eraserhead? That sounds…kind of fun, or horrifying!