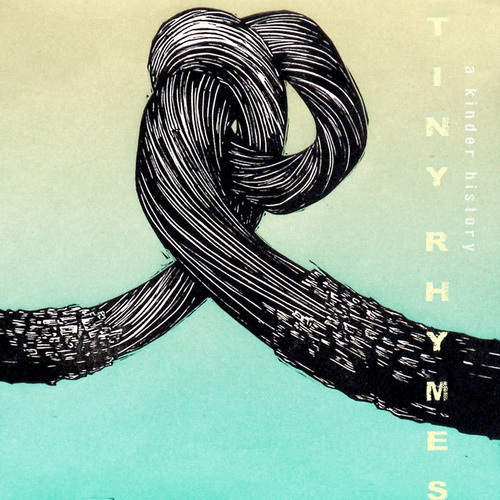 “Featuring tight vocal harmonies, richly melodic string lines, and the introspective songwriting of leader Sharon Mok, the group has received favorable press from its native Buffalo and beyond. Artvoice (Buffalo) writes, “Some people like to write songs while others tell stories. Vocalist/guitarist Sharon Mok tells her audience a story. Her voice floats beautifully above the acoustic sounds of her “chamber-folk” band only to be matched with the soothing sounds of cello and violin. Tiny Rhymes offers listeners tranquility and leisure and it’s clear they’re here to stay.”

Tiny Rhymes is a chamber folk band originally from Buffalo but recently relocated to Pittsburgh. After completing a Summer tour, bandleader Sharon Mok (Guitar/Vocals) is settling into her new city and I for one cannot wait for her to make her mark here. Get a sense of what we are in store for by checking out the lovely debut EP A Kinder History via Forest Park Recordings. I want to thank Sharon for taking the time to participate in this edition of First/Last.

Thanks, Sharon. I totally agree that when a performer puts it out there on stage, it is very difficult to criticize that but as you pointed out, when an artist isn’t giving it their all, whether drugs or alcohol are a factor or not, then I believe it is fair game.