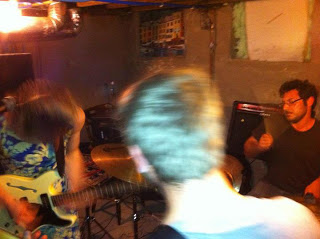 “We’ve been playing in the Brooklyn/NYC area since 2008 at venues like Silent Barn, Death By Audio, Market Hotel, The Glassdoor, FreedomGarden, The Tank, and Goodbye Blue Monday.”

The self-described ‘dirty, tasty Brooklyn rock and roll‘ band hits Pittsburgh this Saturday at The Fallout Shelter on a bill with Rob Kocher, Crisis in America, and Rasputin’s Secret Police. My thanks to Vocalist/Guitarist Joe Plourde for taking part in this edition of First/Last.

Thanks, Joe. First time in Pittsburgh for sure! Seriously, canals? Three RIVERS dude!