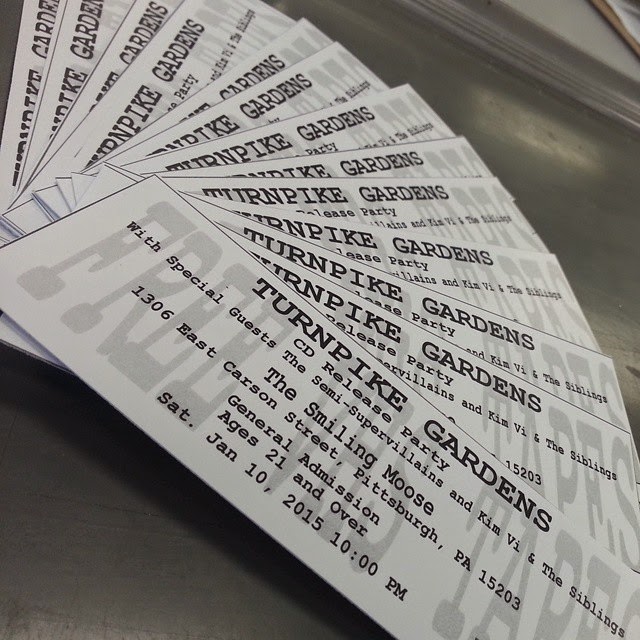 “Combining equal parts tight, high-energy musicianship and dynamic songwriting, Turnpike Gardens is an up and coming rock band from Pittsburgh, PA. The band draws its influences from rock acts of late 60s and early 70s as well as early 90s alternative. With a nod to these sounds but no interest in selling nostalgia, Turnpike Gardens has crafted a hard rock sound all their own. The band consists of three high school friends, bassist Nick Funyak, guitarist Evan Mulgrave and drummer James Conley — a trio with over ten years of shared musical history — and vocalist Heather Polvinale, whose brash, powerful voice carries shades of Grace Slick and Fiona Apple. In their short history, Turnpike Gardens has already created a reputation for packing local venues (The Smiling Moose, Mr.Smalls) and delivering dynamic, energetic performances. All the latest is online at turnpikegardensband.com. Check the site, or any of our antisocial channels below, to keep up with the band’s happenings, including new shows, information on our pending debut LP and everything else.”

Turnpike Gardens are an alternative blues-rock band from Pittsburgh and are releasing their debut CD tomorrow night (1/10) at The Smiling Moose for the LATE show with guests The Semi-Supervillians and Kim Vi & The Siblings from Michigan. I want to thank Evan Mulgrave (Guitar) for taking the time to participate in this edition of First/Last.

The first album I ever bought was ‘Weird Al’ Yankovic’s “Bad Hair Day” when I was nine years old. It was then I knew what I wanted to do with the rest of my life: Write Polka medley’s and songs about Forrest Gump. Hopefully I’ll get there someday.

Last thing I bought was the recent reissue of “The Lonesome Crowded West” by Modest Mouse. Isaac Brock is one of my favorite songwriters, I could listen that album endlessly.

I have two, The Who “Who’s Next” and Pearl Jam “Ten”. I discovered both of them right when I was getting into music, at like thirteen or so and just couldn’t stop listening to them. They were the albums that made me want to make music.

Can’t say I really have a least favorite, if I’m not into something I don’t give it much mind.

First concert I ever attended was X-Fest 2003, headlined by Staind and Godsmack. Can’t say I have much reverence for their music now, but at the time I was way into it. I was also wearing overly long jean shorts and a wallet chain, so it was a time of questionable decisions.

The last concert I went to was to see Black Francis (Frank Black) play an all acoustic set at the Thunderbird. Another one of my favorite songwriters, to see him in that intimate of a setting was pretty incredible.

Bonnaroo 2012 was by far my favorite concert experience. It was the first time I had eve been to a big festival like that and I loved everything about it. Seeing Radiohead was a huge strike off of my bucket list, but my favorite set of the festival was GZA performing “Liquid Swords” in its entirety at 2:30 in the morning. That’s been my favorite hip-hop album ever since I stole it from my older brother, back in the rec room era.

Like 6 years ago my dad got free tickets to see Hootie and The Blowfish and he took my entire family. It was nice to spend time with the family, but Hootie left a bit to be desired.

I’ve lived in Pittsburgh my entire life and I’m enjoying it more now than I ever have. There are so many exciting things happening in the city, especially in the arts. I love the independent movie theaters we have in town, they bring in so much great stuff. And the music scene is great right now, extremely eclectic with so many cool bands doing their own thing. We’re stoked just to be part of it.

Thanks, Evan. Damn, I am sorry I missed that Black Francis show. I love the Thunderbird and heard it was amazing.