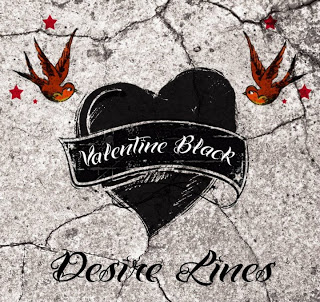 Valentine Black is the moniker of Kildare songwriter Peco McLoughlin (Vocals, Guitar, Harmonica) with the help of a slew of session musicians/freinds backing him up. The band isn’t promoting anything specific, just trying to get a little exposure outside of Ireland. Check out some tunes here. I am always happy to oblige with someone promoting new music and want to extend my sincere thanks to Peco for taking some time to participate in this edition of First/Last.

I tend to binge buy so….”Flaws” by Bombay Bicycle Club, “Ashes and Fire” by Ryan Adams, “Bon Iver” s/t, and “The Whole Love” by Wilco.

I remember being a kid and being very disappointed with “Use Your Illusions I and II” when it came out. And of course any album that contains songs insisting that people put their hands in the air, like they just don’t care…is always disappointing 🙂

Slane Castle, 1993 with Neil Young, Pearl Jam, Van Morrison, The Saw Doctors, and James was my first proper concert. Definitely a good start but I must confess I mainly went to see Pearl Jam at the time and got lucky with the other acts on the bill.

Florence and the Machine at the O2 Dublin….though I am also very excited about The Stone Roses in the Phoenix Park Dublin!

Aghhhh too hard to pick one!!! The Pixies at The Olympia Theatre, REM at Slane, Springsteen at The RDS Arena, AC/DC at The O2, Wilco at Vicar St., David Grey at Whelans, Stevie Wonder at The O2, Queens of the Stone Age at The Ambassador….and recently Kasabian in Orlando.

Unfortunately caught one of my heroes Bob Dylan on a bad night in Dublin a couple of years back. I was looking at the wrong guy for most of the gig as they were all wearing hats and big coats and he was at the side of the stage!

No live experiences yet unfortunately but hope to rectify that in the near future! And Pittsburgh was the setting for one of my favourite films this year, ‘Warrior’. And I think Heinz Ketchup was invented there, which I, along with the rest of the world, am very grateful for 🙂

Thanks, Peco. Hopefully an internationally tour is in the works with a Pittsburgh stop sometime in the future.