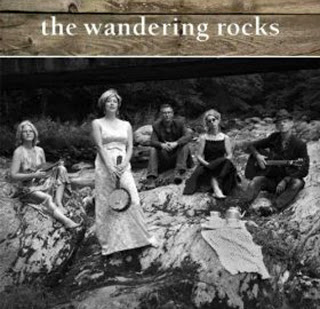 “From Williamstown MA, the Wandering Rocks are about to release their self- titled debut CD on Barn Tone Records. Rehearsing, composing, performing and recording in a 19th century barn, they sing glorious songs about rivers, fields, landscapes & love. They have been described as chamber folk rock but their unique intimate sound crosses boundaries and treads in new musical territory.”

You can find the band on Facebook and SoundCloud. They perform in Pittsburgh tomorrow night at Club Cafe for the early show with support from local troubadour Mark Dignam. My thanks to Karl Mullen (Vocals/Guitars) for taking the time to participate in this edition of First/Last.