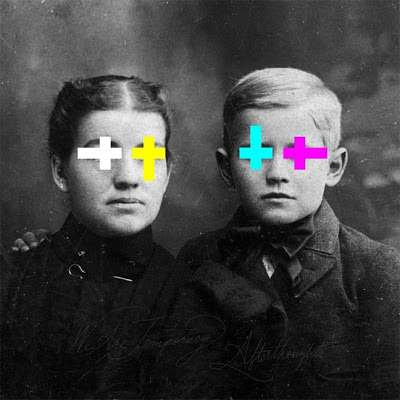 “We Are Temporary, the wired and weird brainchild of Brooklyn’s Mark Roberts, is as much the result of a musical obsession as a philosophical one. His debut EP Afterthoughts oscillates between musical violence and frailty, lyrical defensiveness and vitriol, bursts of optimism and crushing nihilism. First conceived in a small studio in New Zealand, this recording was shaped over the course of five tumultuous years, and nearly met it’s end in a Brooklyn emergency room.”

Check out the band at their official Website, Facebook, SoundCloud, Twitter, BandCamp and Instagram. The band (AKA Mark Roberts) have just released the “Afterthoughts EP” via Stars and Letters Records which you can grab digitally for free here. Described as “…exploring the space between darkwave, goth, and dreampop”, this band is for fans of Trust, Crystal Castles, Xiu Xiu, Skinny Puppy,M83, Salem and Sacred Bones. Sometimes I like to get a ‘little dark’ on the blog and I want to thank Mark for taking the time to participate in this edition of First/Last.

Thanks, Mark. I have to admit, I am not the biggest expert on your genre of music but I can certainly appreciate what you do, man.