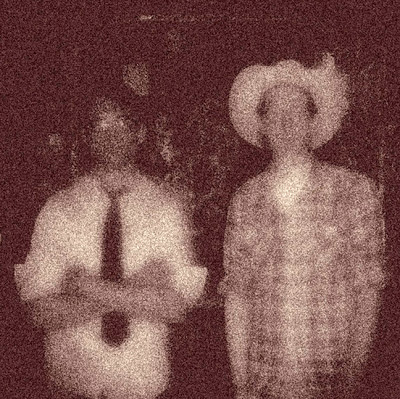 “Western Pennsylvania’s Born Again Blues is the passion project of pop veteran Jeff Betten and novelist Joseph Ripple. Stripped down to the regional sounds of day and night, the album is country music: homespun and handmade with unobtrusive hints of pedal steel guitar, banjo, reed organ, cello, fiddle, and piano. Betten is a voice without words, a ghost with a narrative that grows heavy. Written to envelop, each song is a shade darker than it’s former, recorded on one lingering track that manages to retain it’s emotional potency without overstaying it’s welcome. The band’s first album draws inspiration from the authenticity of Tom Waits and the lo-fi charm of Iron and Wine. Like Ginsberg’s “Howl”, Born Again Blues is the strange, rambling man in the room: entertain him for a while and he’ll reward you with a sophisticated understanding of the human experience. Western Pennsylvania offers a calculated, classically-assembled album that demands attention to its subtleties.”

You can check out the band on it’s official Website, Facebook, BandCamp and Soundcloud. I am really diggin’ this band. I was running around Bloomfield last month, trying to photograph as many bands as I could and Jeff handed me this disc. I never got to hear the band play, let alone photograph them and that’s a mistake I won’t make with them in the future. My thanks to Jeff Betten (Vocals/Rhythm Guitar) and Joseph Ripple (Lead Guitar, Banjo, Reed Organ) for taking the time to participate in this edition of First/Last.

Jeff Betten: By the age of 4 or 5, my favorite band had become (and still remains) The Beatles. I remember being allowed to pick out a different cassette every time an errand with my mom brought us within distance of a record store.“Rubber Soul” and “Help!” stick out in my memory for some unknown reason.

Joseph Ripple: In all honesty, I have no idea what the first album I would’ve bought was; however, I grew up listening to a strange mash of rock music from my father’s influence and rap music from where I live and whom I socialized with. I have a very distinct memory of walking to the only music store near my house (now closed), while I should’ve been in school, and buying the Notorious B.I.G. “Life After Death” double-disc CD. Ever since my childhood, I’ve always had an exceptionally schizophrenic palate for music.

Jeff: I get most of my music digitally via iTunes and Spotify these days, but I do collect vinyl as well. On a recent trip to Jerry’s, I found an original mono copy of “Blonde on Blonde” in excellent condition. He let me have it for a third of the list price, too. Some guys get all the luck, right?

Joseph: The last two vinyls I bought are “The Reminder” by Feist and “Sweet and Hot” by Ella Fitzgerald. With the Feist album, it’s almost like I’ve never heard it before each time I give it a listen, and I find myself listening more, while merely forgetting; yet, the album seems to bury itself deep in my brain. It is a casual visitor that has found the key to my brain, tucked underneath the doormat, and it’s come in to stretch out and stay awhile. As for Ella, she’s been one of my secret goddesses for a while, and she’s one of the few women I could share every evening with.

Jeff: The most perfect album I’ve ever heard is “Pet Sounds” – there are myriad albums with excellent songs and not without their charms, but this fact remains. Its greatness is somewhat predictable in its obviousness, much in the same way it is predictable to state that “Citizen Kane” is the greatest film of all time, or that the sky is blue. It is not provocative, but it is a simple statement of a universal truth, excepting those with unfortunate medical conditions severing them from reality. “Pet Sounds” is the greatest album of all time, because of course it is. To name some outstanding albums that deserve merit and may prove fascinating as a topic of discussion: “I’m Wide Awake, It’s Morning”, “Give Up”, “Astral Weeks”, “Hot Buttered Soul”, “Bayou Country”, “Maybe You’ve Been Brainwashed Too”, “Gordon”, “In the Wee Small Hours”, “My Life in the Bush of Ghosts”, “The Creek Drank the Cradle”, “Closing Time”, “Pink Moon”.

Joseph: Since I’m a fractured schizophrenic in my musical realm, I have several, eclectic albums flooding to the forefront: “De-Loused in the Comatorium” by The Mars Volta, “E. 1999 Eternal” by Bone Thugs-n-Harmony, “At

Home With Owen” by Owen. To me, all of these albums, among many other unmentioned, are completely perfect all the way through. In high school, I actually toiled to learn all of “De-Loused…” to the point where I knew just about every single note on guitar. I even learned the bass solos and some of the drum sections. “At Home With Owen” is another album where I have learned every song on the album. As for “E. 1999 Eternal”, this album possesses a hidden realm of my being. I started listening to this album when it came out in 1995, and I recently found an extremely rare vinyl copy. Let’s just say that my life is pretty much complete.

Jeff: This is a very fascinating question. I honestly don’t think I can bestow this title upon any album in my mind, because I think I can find something interesting about any record. I like all kinds of music – I even like Top 40 stuff like One Direction and Taylor Swift.

Joseph: This is probably a more difficult question than the favorite album actually. I tried to be as open-minded towards music as possible. Most of the music that I find utterly unseparable from my existence nowadays is typically music that has had to cut an opening in me in order to get inside. There’s always a deep reward in giving certain music a second chance, whether it’s a new album of some artist whom we love or it’s something new altogether. I try to experience as many new things as possible, music especially. One of the albums I am most fortunate to have revisited recently is “The BQE” by Sufjan Stevens.

Jeff: My very first concert was a stop on the “Running with Scissors” tour by ‘Weird Al’ Yankovic, which would have been the summer of 1999. I was quite the ‘Weird Al’ fanatic in my adolescence; in fact, he’s the reason I’m here today. Learning that a parody was a pre-existing song with altered lyrics, I realized that a song was something that could be touched and changed, not merely an abstract thing in the ether. I eventually tried to come up with a few parodies of my own, and these were my first steps as a songwriter.

Joseph: When I was about 4 years old, my parent’s actually went to see Phil Collins live, which strangely I have a few vivid memories of, and who knows what sort of role that play on my psychology and cognitive development.

Jeff: I will be seeing Morrissey on January 21st, which I think is the best way to answer this question. I saw him when he came to town last time, which was a few years ago, as well. We all go through a Smiths phase, it’s just that mine has lasted over ten years and counting. I’m a young man of a certain disposition; I suppose that it can’t be helped.

Joseph: The last concert I attended was Sigur Rós in Toronto, August 2012. First time to Toronto, first time seeing Sigur Rós. I’ve been fortunate enough to see some of the best concerts. But this one takes the cake, and runs down the alley stuffing its face, crumbs underneath the nails.

Jeff: I almost said Ted Leo & The Pharmacists, who I’ve seen on a couple of occasions and are fantastic performers. However, I suddenly remembered that the absolute best concert I ever saw, hands down, was Cat Power, in 2006 at Hartwood Acres, in support of “The Greatest”. It was a beautiful summer evening in the grass, which then moved quickly to the very front edge of the stage, with the album played nearly in its entirety, alon with several other exceptional gems that still reverberate inside of me to this day. What a band, a full horn section with Teenie Hodges and the rest of the Hi Records rhythm section behind Chan Marshall. Real soul. I don’t think they let people get right up to the stage like that anymore, so I don’t know if it will ever get better than that one magical night. A perfect moment in fleeting time.

Joseph: I would definitely have to say the Sigur Rós show; however, there were a lot of amazing ones for me, personally. Brand New and Dashboard Confessional in 2003. Minus the Bear, The Honorary Title, and Straylight Run in 2005. Those shows will always live inside me.

Jeff: I don’t think I can say that I was ever disappointed or let down by a concert I attended. My answer is whatever the most recent Western Pennsylvania gig happened to be, because I always want to be improving. If I can learn from my mistakes each time, or even simply build upon what is going right, the next show will always be superior.

Joseph: Sadly, the world comes full circle, and one of my least favorite concerts was seeing Brand New again in 2007 or 2008, can’t even remember. Bands were mewithoutYou, Thrice, and Brand New. Pretty great line up. I missed mewithoutYou play. Thrice, not really for me. Brand New, they played their old songs, but Jesse screamed, which kind of ruined it for me. All in all, there were extraneous circumstances, which probably made my experience bad, not so much the concert.

Jeff: Recording our album (“Born Again Blues”) would have to be my favorite experience to date concerning Pittsburgh, if only because it was so all-encompassing, drawing on everything I love about my hometown. We recorded it at several places in and around town – my home outside Carnegie, our cellist’s home in Shadyside, our pedal steel guitar player’s home in Beechview, and we snuck into Duquesne University to record several parts in their music school’s practice rooms. The first song is titled ‘Penn Avenue/Bloomfield Mornings’. ‘The Myth of Saturday Night’ is about East Carson Street. The album is, among other things, a love letter to the city where I was born, was raised, continue to live, and plan on dying.

Joseph: I’ve always had a very complicated relationship with Pittsburgh. Ironically, it seems to be the great god that brought Jeff and myself onto parallel courses. Last year, sometime during the transition from the end of the summer into fall, Jeff and I began to communicate and talk about a project, which would eventually become “Born Again Blues”. I had been working on finishing up my novel at time, living in upstate New York. November came and I moved back to Pittsburgh, a homecoming riddled with all my disgust and love for the city. And much like Proust sat down at his cup of tea, or Bloom sat down in the outhouse: Jeff and I sat down to talk of things.

Thanks, guys. Can’t agree more with you on that Cat Power show Jeff. Just great. Hope to see you play soon. Hell, I’ll be happy to meander down the Parkway West from Greentree to Carnegie with my acoustic guitar and do a little jammin’!