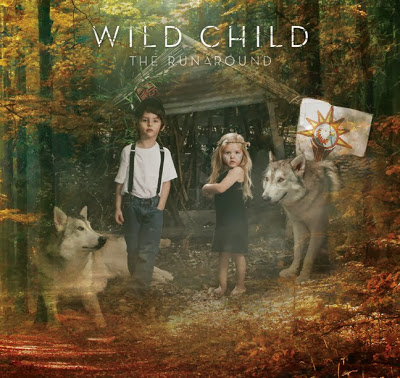 “Wild Child’s founding members Kelsey Wilson and Alexander Beggins first met in 2009 while touring with a Danish act called The Migrant. Both call Texas home: Wilson, a classically-trained violinist who wrote her first songs under the wing of legendary country music outlaw Ray Wiley Hubbard, hails from the fabled bluegrass circles of Wimberly; and Beggins, a ukulele player from Houston, was finishing up at The University of Texas while on the that tour. The way Wilson tells it, “We mainly got to know each other through what we called ‘backseat business school’: we just got our hands on a whole bunch of red wine and hit the books.” But when the two put the books aside and wrote their first song, the chemistry was undeniable. The infectious hooks and fully-realized sound have so far earned the group national exposure, including a feature segment on Last Call with Carson Daly filmed during this year’s SXSW. That same week, Wild Child was named BEST INDIE ACT and BEST FOLK ACT at the annual Austin Music Awards. The songs Beggins and Wilson are writing are still red wine—still bittersweet—but this is a band that can tolerate, and celebrate, the tannins.”

Check out the Austin band at their official Website, Facebook, BandCamp, Twitter and SoundCloud. Their sweet sophomore album, “The Runaround” was recently released via The Noise Company and they hit Pittsburgh this Saturday night at The Thunderbird Cafe. I want to thank Alexander Beggins (Ukulele/Vocals) for taking the time to participate in this edition of First/Last.